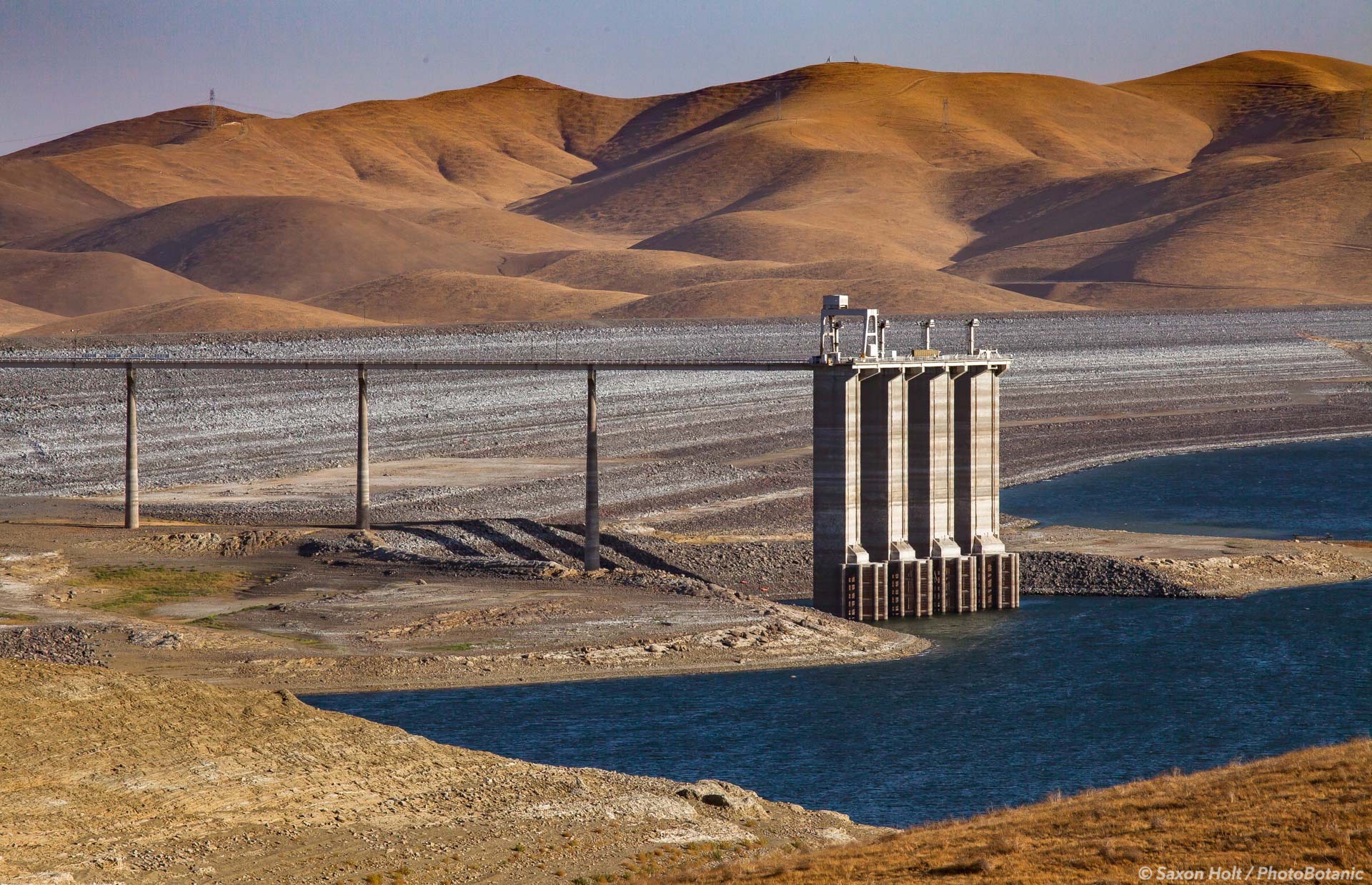 It has been in the news for months even years, the reservoirs in the west are at historic lows due to drought. I wanted to see them for myself.

As I write this in Northern California, we have had one very good rain already this season. Indeed so much rain in Marin county that two of the smallest reservoirs on Mount Tamalpais have already filled. Incredible.

However, most of the reservoirs in the state will need well above average rain and snow accumulation to fill; and Lake Mead the largest in the United States, holding Colorado River water in southern Nevada and Arizona, may never be full again. It has not been full since 1999.

What follows is basically a photo-journalist’s documentation. I’ve added a few basic facts for each of the reservoirs and at the end there is a link to stock photos and resources to help explain the California water system and Central Valley Project.

With climate change there really is no telling what the weather will be year to year anymore. The drought can continue or we could have huge floods. But I do hope to show with these series of photos how dependent we are on stored water.  It is my fervent wish that we learn resiliency and use water efficiently for rivers and ecosystems, agriculture, and municipalities.

Dammed water is part of our infrastructure, our green infrastructure on our one planet, one garden earth – let’s take care of her.

Of all the major reservoirs in California this is the only one on the western side of the central valley in Merced County and the only one that’s not really it’s own watershed. It is filled with water pumped into it from the California Aqueduct, storing water from the other reservoirs for agricultural use in the summer.

Lake Mead is held by Hoover Dam on the Colorado River, its water divided by agreement of the Colorado River Compact, between 7 Western States and Mexico.  With dwindling precipitation and warmer temperatures associated with climate change, and increasing demand for agriculture and burgeoning population of the SouthWest, many predict Lake Mead will never be full again.

Pine Flat is on the King’s River and was primarily designed for flood control, local farming and groundwater recharge for agriculture pumping, and the municipalities in Fresno County.

Larger than Hoover Dam and key component of the California Water Project the dam confines the various forks of the Feather River. While the lake reached historic lows this year, heavy rainfall in 2017 damaged the main spillway threatening to undermine and collapse the concrete weir that flows from the dam.

Tiny by comparison, Lake Sabrina at the headwaters of Bishop Creek in Inyo County was created for hydroelectric power and is owned by Southern California Edison.  Trailheads lead hikers deep into the Sierra Mountains.  I only included it here because, well, it is so beautiful, and just as empty at the big reservoirs.

Learn more about the water systems in California and the West:

State of Water by Obi Kaufmann

The Dreamt Land by Mark Arax

How Does That Make You Feel ?