Cropping A Crabapple
Next

Sunnylands is a conference Center and gardens near Palm Springs, California.

It was established by Walter and Leanore Annenberg to “address serious issues facing the nation and the world community” and has been a meeting site for Presidents, corporate executives, and world leaders.

The remarkable desert Gardens are open to the public were designed the Office of James Burnett, and were inspired by paintings in the Annenberg collection.  They are extraordinary. 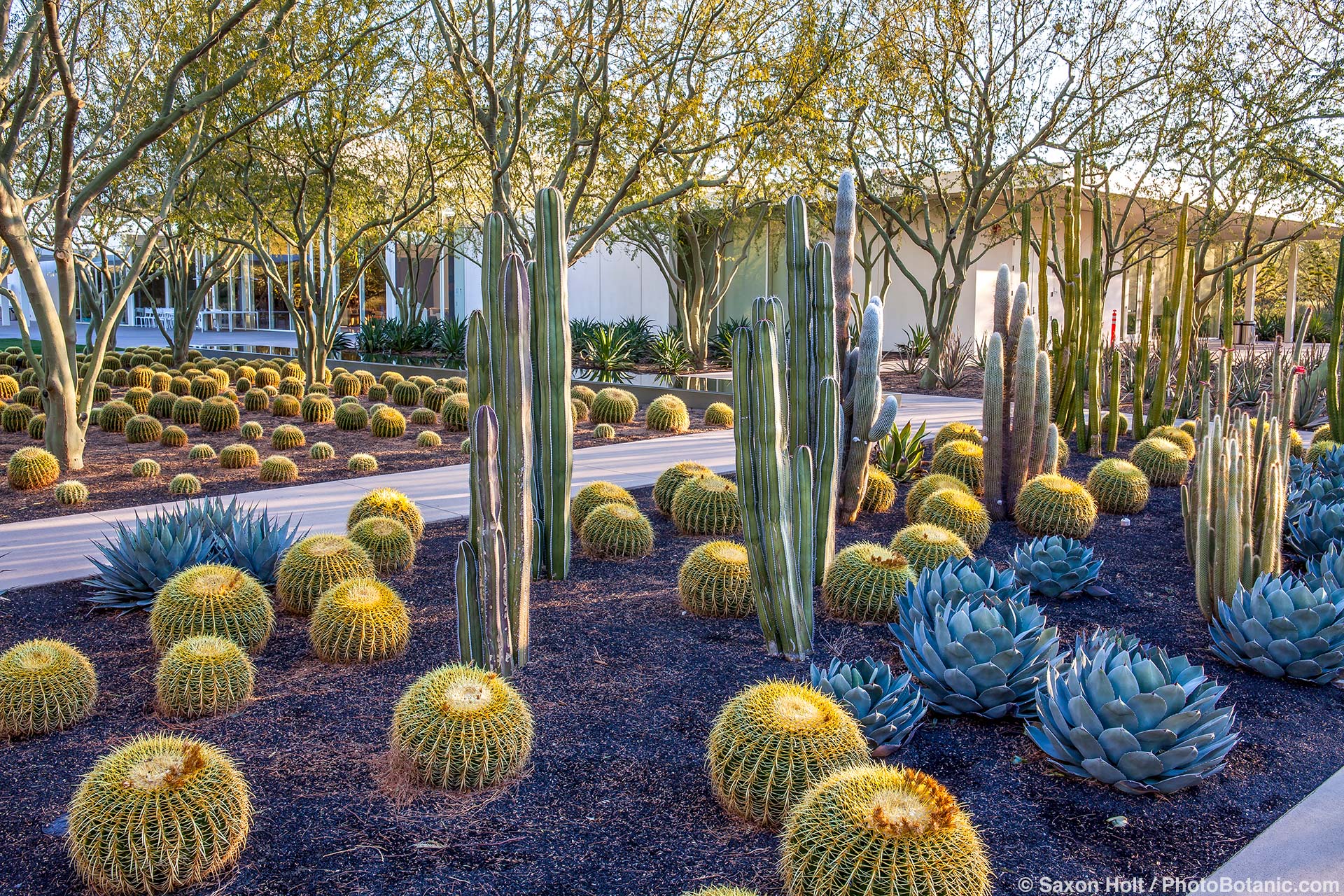 The plant palette is fairly small, using climate tolerant succulent and cactus, repeated in masses throughout property, taking advantage of their architectural shapes, and only four species of  trees.

For any photographer, it is a wonderland. For a garden photographer it is a delight show a garden so well adapted to its desert climate. 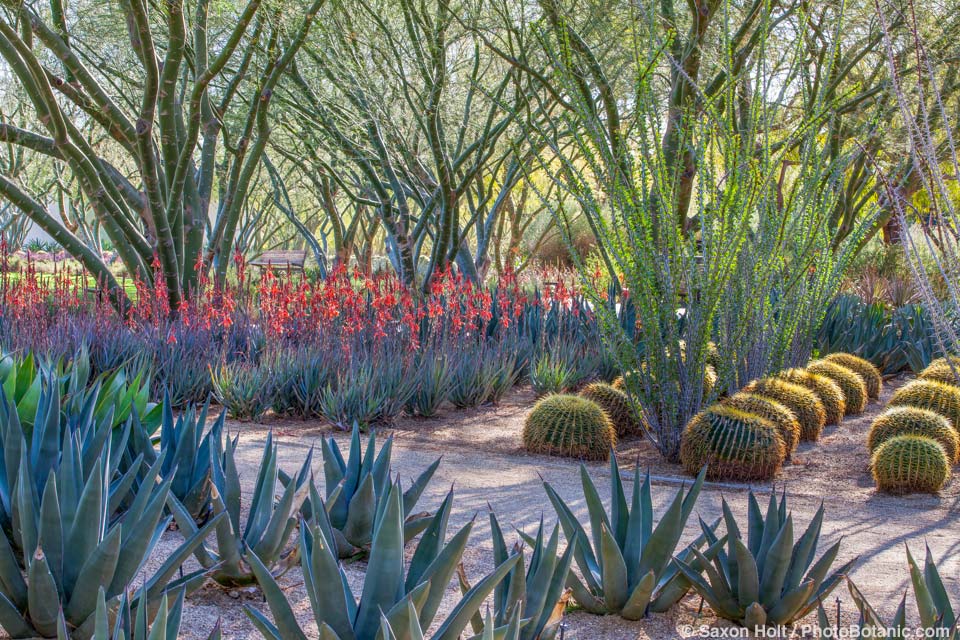 The challenge for a garden photographer is to show a bright sunny California garden and not have shadows be too dark, nor the highlights blown out.  I was able to get permission to photograph early since I am working on my new book, The Summer-Dry Garden, but the camera meter is often fooled in contrasty light, not knowing whether to favor the bright or dark areas.

I loved the repeated use ‘Desert Museum’ Palo Verde trees (Parkinsonia) but the initial exposure did not show the green bark, and feels too much like a woodland scene even though it was early spring and the trees had just barely leafed out. A quick tip makes all the difference.

A fairly simple correction in post production lightened up the photograph. It is not just adding a bit of exposure, opening up the shadows with the levels tool is equally important. Now we see the green of the bark.

It feels much lighter and airier, bathed in sunlight; which I did enhance a bit with warming of the photograph. And the spiny Ocatillo cactus, formerly hidden on the right side is now obvious.

A photographer is always at liberty to make a photograph feel like the story you want to tell.

Gallery of Sunnyland photos on PhotoBotanic