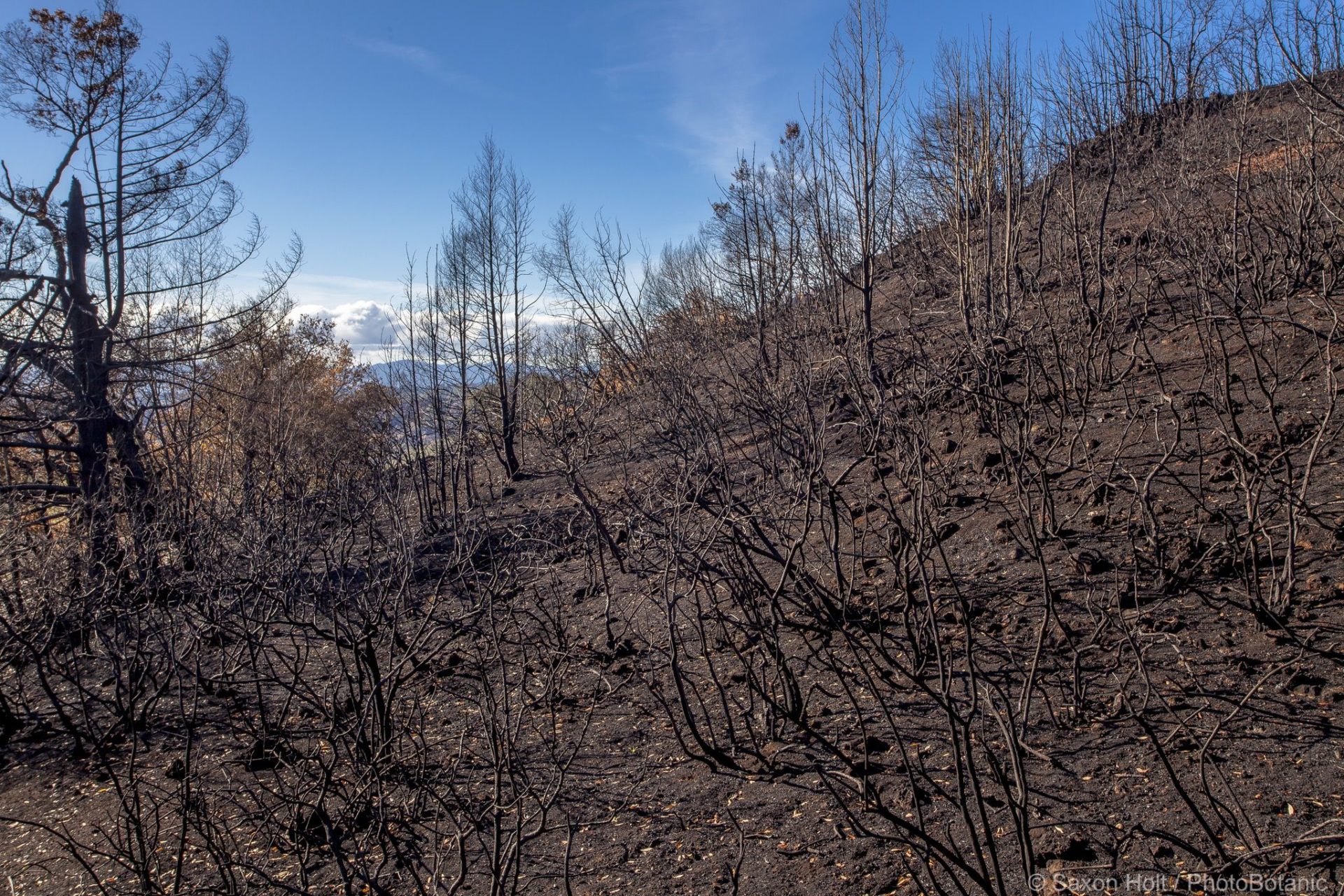 The devastating Northern California firestorm that swept through Napa and Sonoma Counties in October left a scorched earth.

The Tubb’s Fire that destroyed thousands of homes in Santa Rosa, began in Calistoga and on its rapid advance through the hills burned much of Pepperwood Preserve, a 3200 acre research and education center devoted to California ecology.

Pepperwood’s “singular focus is applying science to safeguard the future of nature for generations to come” and they have allowed me to start documenting nature’s recovery.

Read the harrowing blog post, Through the Flames, by Michael Gillogly, the Preserve Manager as he left that night and heard a firefighter say: ‘You in the white truck, you cannot go forward, you will not survive if you go forward.’

Parts of Pepperwood burned completely, every thicket of Manzanita, every tree. 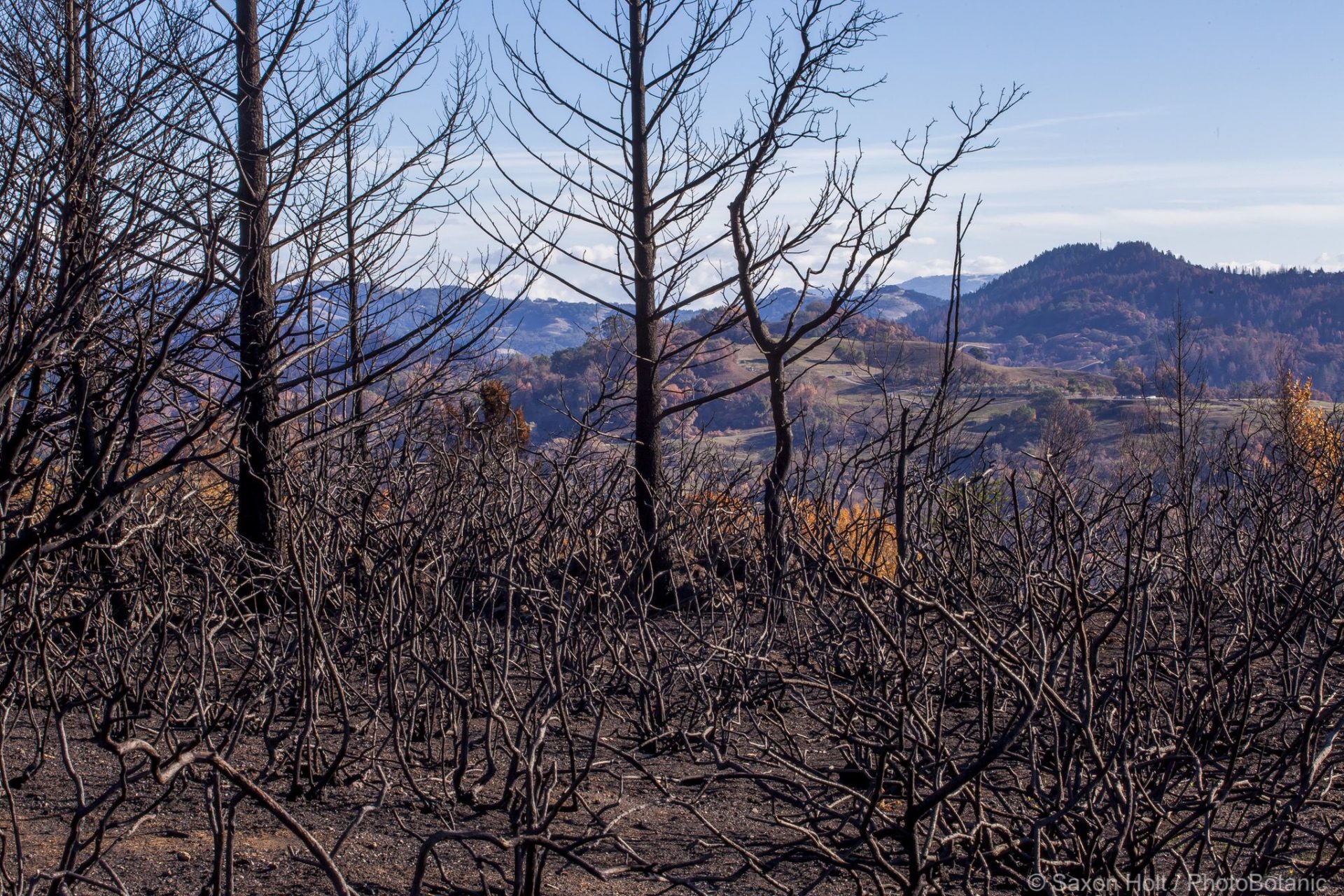 But most of the Preserve was spared a complete torching. 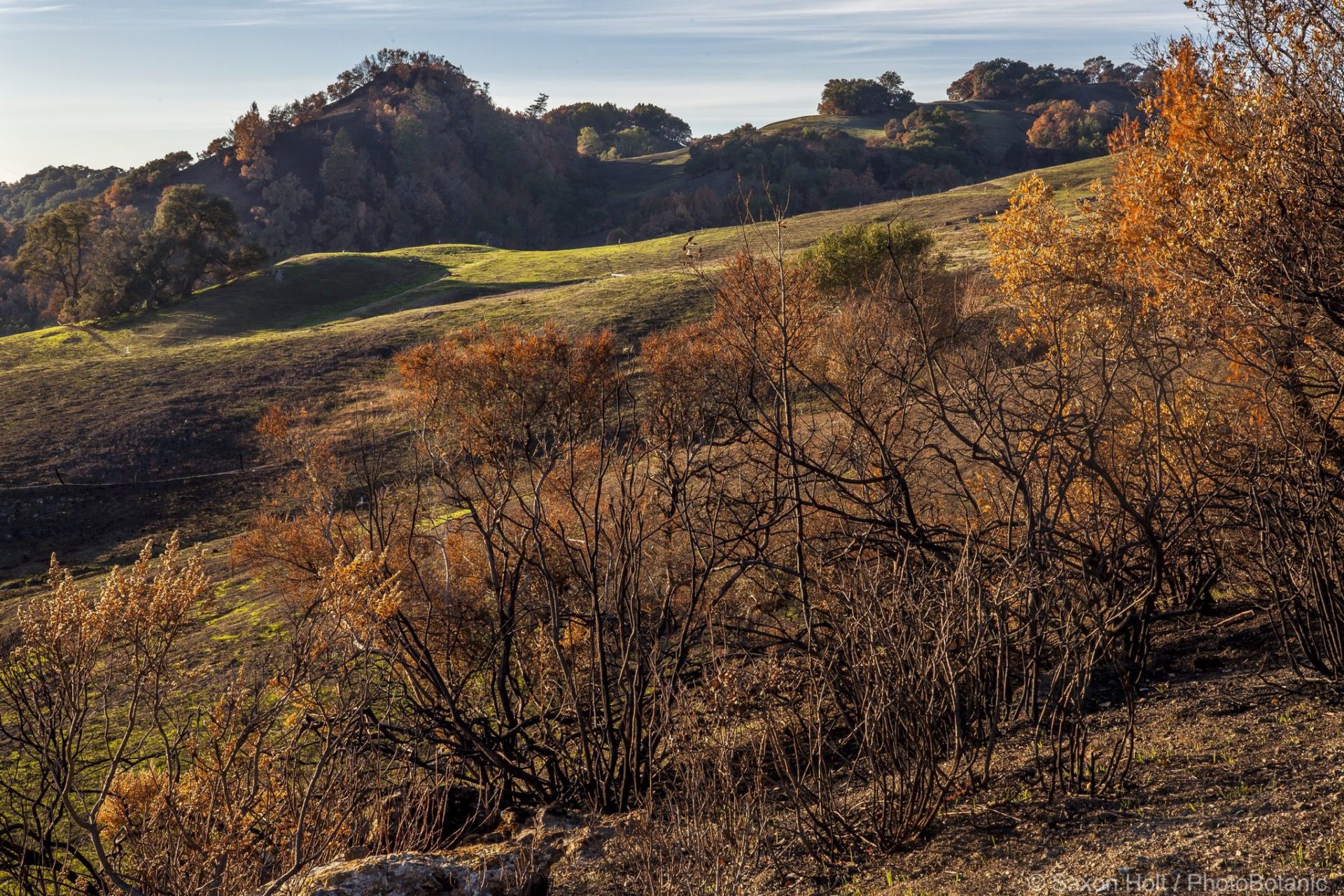 In some places the fire only burned through the brush, in other areas only a few trees were scorched as the fire skipped along from ridge to ridge.

Some of the trees were left standing as skeletons.

But many of the oaks will probably survive. Fire is in their DNA. The fire was a disaster for humans but not for the landscape, because like many summer-dry climates, California has evolved with fire.

Clearing out the understory is a periodic process that can be disastrous for homes built in the woodlands, but an opportunity for an ecological regeneration. All of the leaves on these trees were scorched, this is not autumn foliage color, but when the land recovers in the spring it will look like a green park.

It is fascinating to see what seemed to be untouched.  The Dwight Center, built of steel and concrete to withstand fire came through unscathed.

The fire skipped over a neighboring vineyard, leaving the vines looking colorful and bucolic beyond the charred branches of manzanita.

Thankfully, we have had a couple inches of rain since the fire and the landscape has begun the recovery.  Grasses responded immediately, sprouts of green are coming up in the tufts of blackened bunch grasses.

And a green haze of annual grasses has now started to heal the blackened scars.

It is beautiful in its own way. There is a majesty in nature’s renewal and I look forward the opportunity to watching the landscape become something new.

A gallery, Pepperwood, After the Fire, is now in the PhotoBotanic Archive.