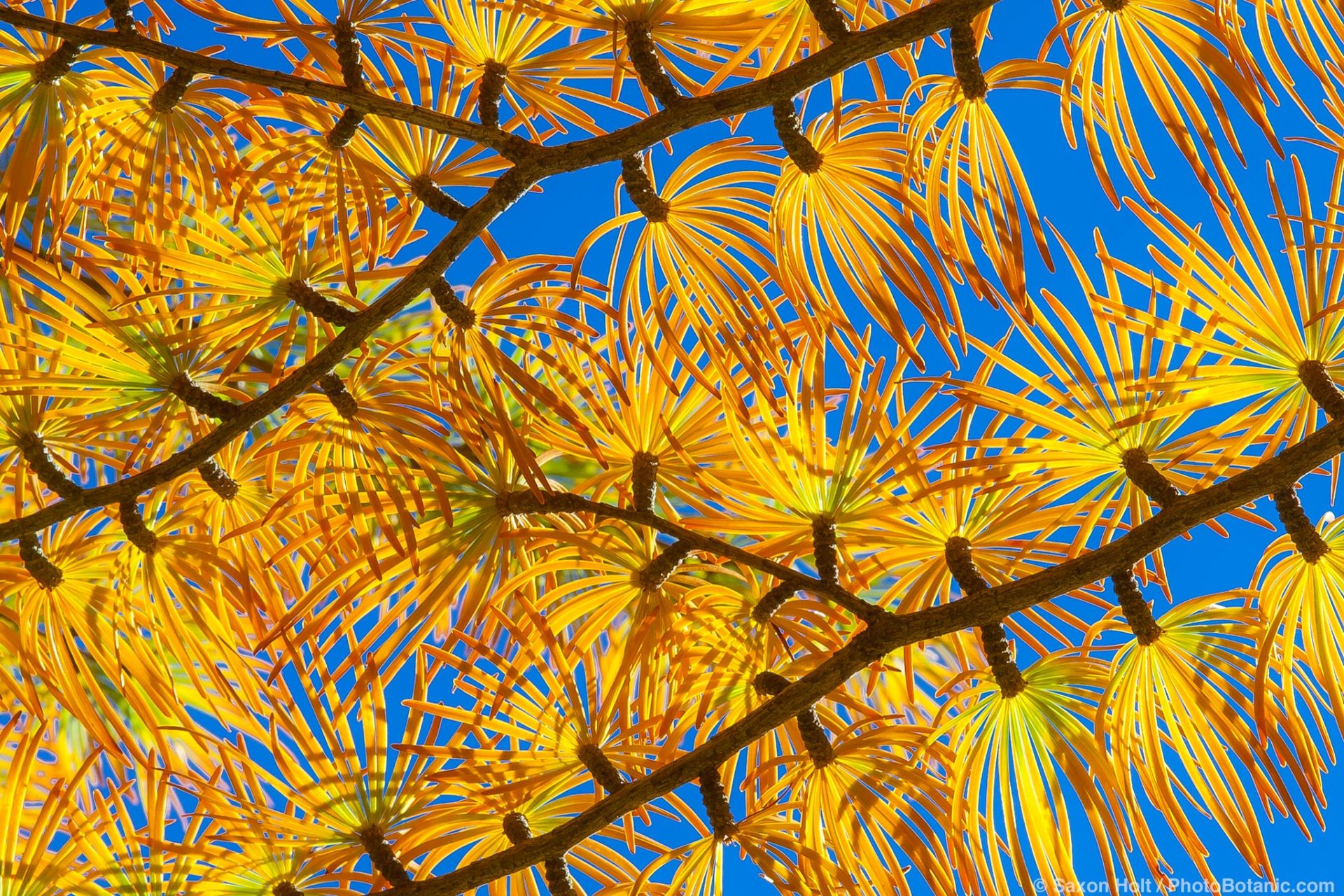 In California we don’t see the Golden Larch tree (Pseudolarix amabilis), a deciduous conifer with beautiful needles native to the moist mountains of China. 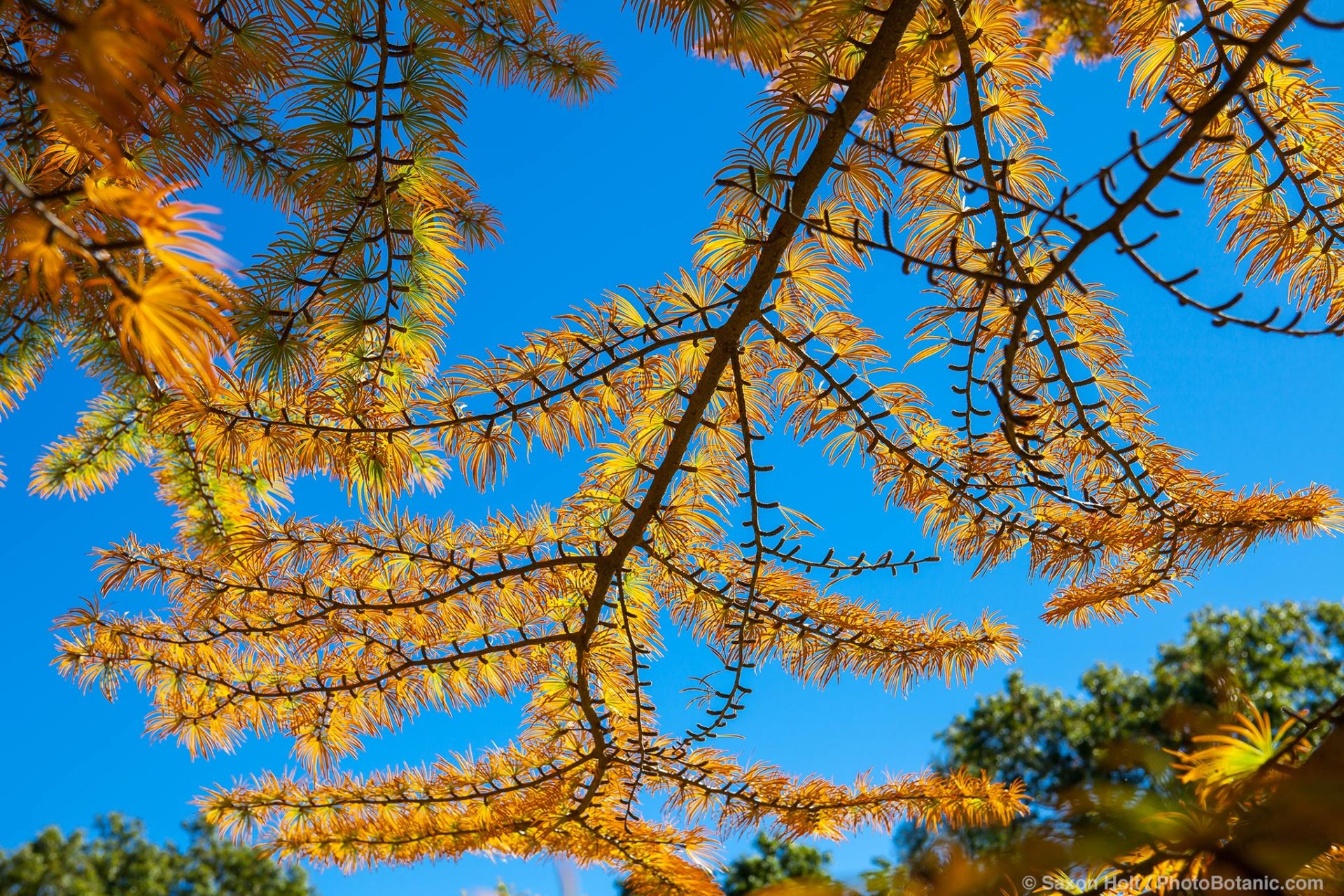 It does make a striking garden tree for the East Coast, so when I saw it all aglow in full color in Boston’s Arnold Arboretum, you might say my jaw dropped.

I knew right away that I would want to photograph it using back light so that I could get an orange glow on those needles, but the most striking elements were the small, dark spur branches holding the needles in precise patterns along the branch.

There is no single best composition to be had of these orange needles with the black branches against the blue sky, but the key is to get tight enough to create a strong pattern.

I am sure any photographer would see their own pattern.

The important element to the composition I show here is being sure to use the four edges of the photograph to help create the spaces with-in the frame.

Ready for the Unexpected