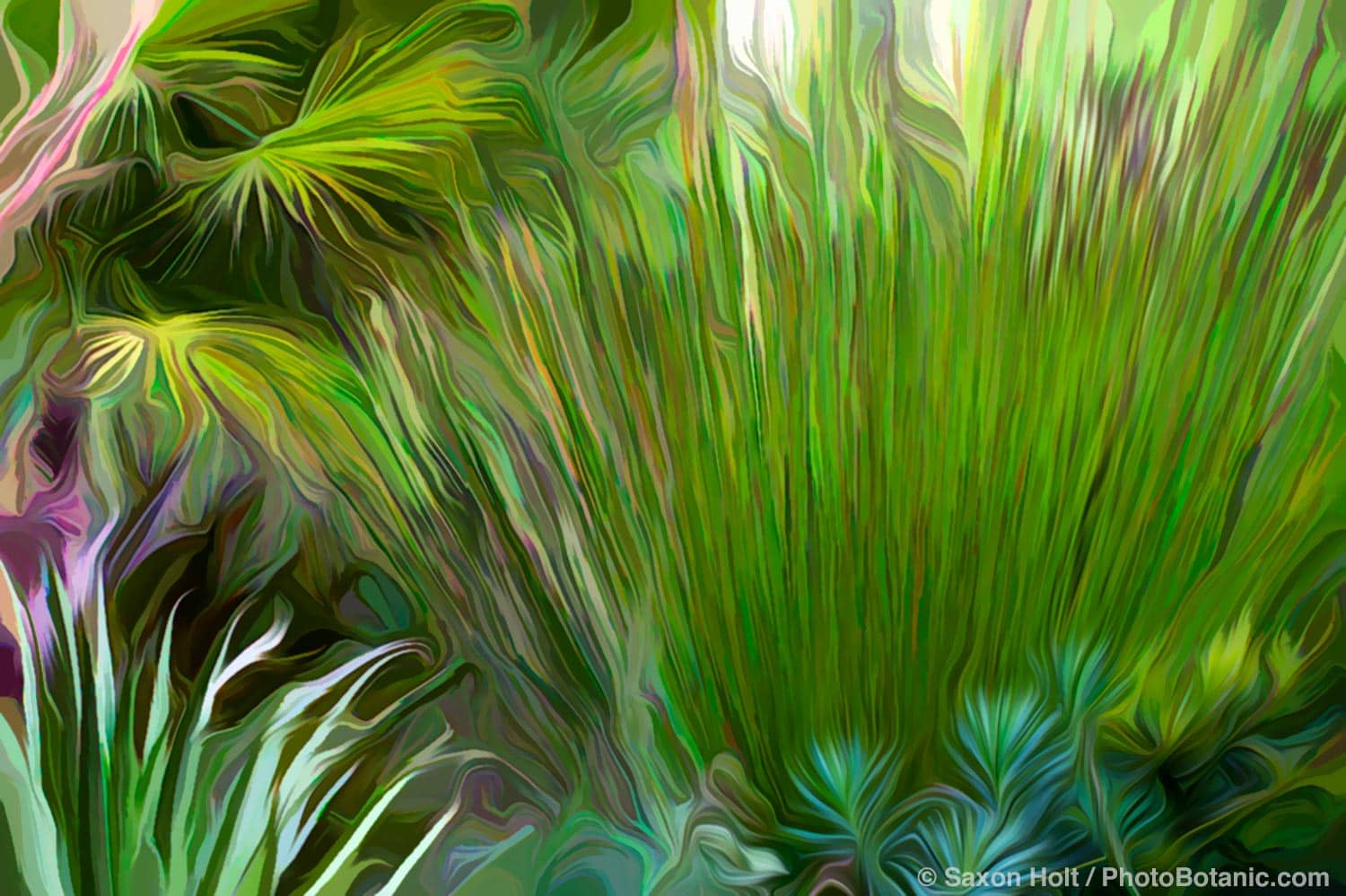 I was delighted to hear from my friend, garden designer Sherry Merciari, who wanted to order prints of some experimental, abstracted photos I created of her garden.

I had great fun manipulating the images as impressions of her own wonderful garden for my Mental Seeds blog.  But because they were created for a blog, with low res files, they were not suitable for printing.

The various art filters and plug-ins that photographers use in Photoshop to reinterpret photos have their most pronounced effect on small files which have fewer pixels to be altered.

I used files that were reduced from the original 5600 pixel width down to 1000 px blog size.  Then I used a series of filters on this photo ‘Gift of Red’, so named for the small spot of red that becomes a focal point of the photo. 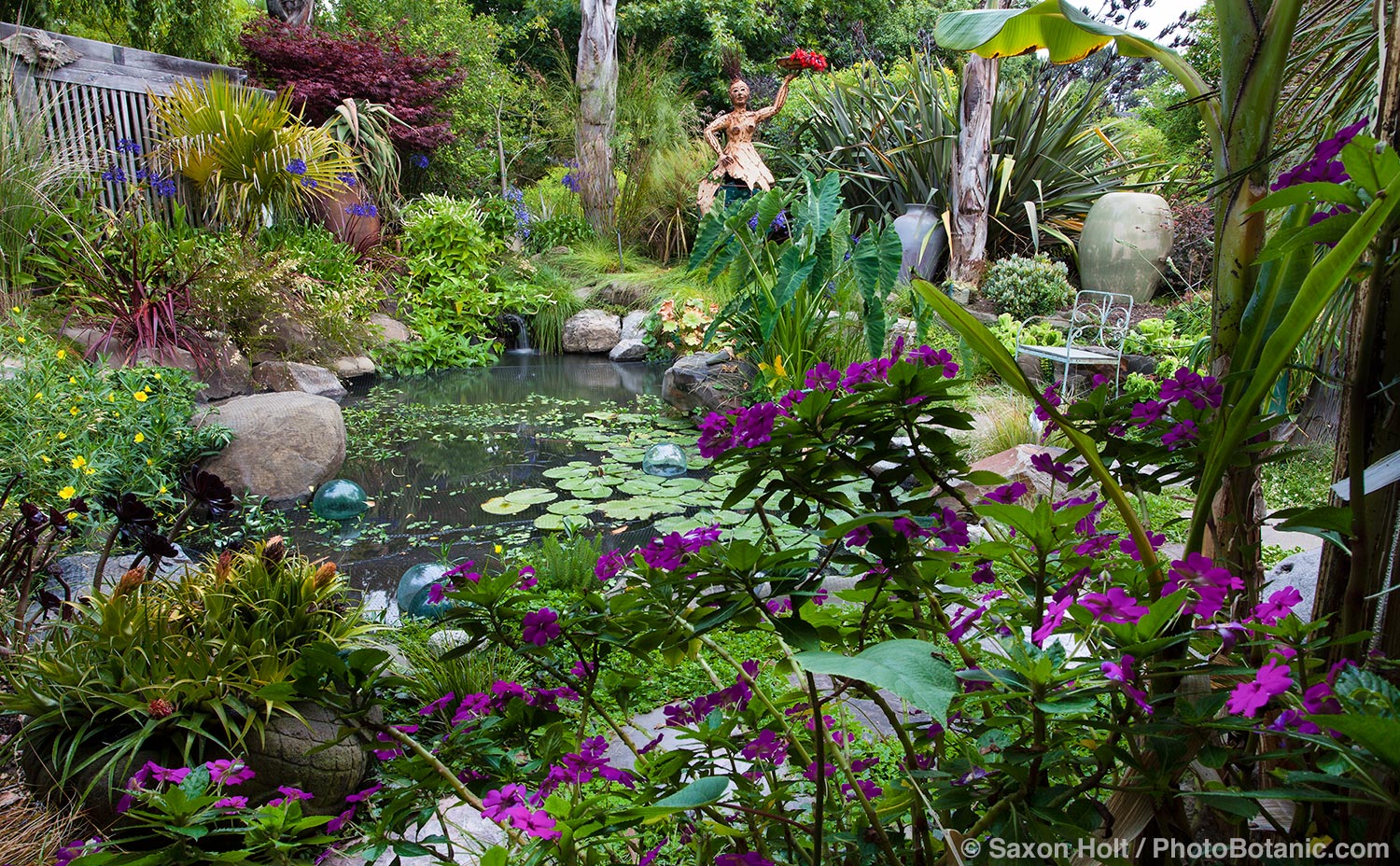 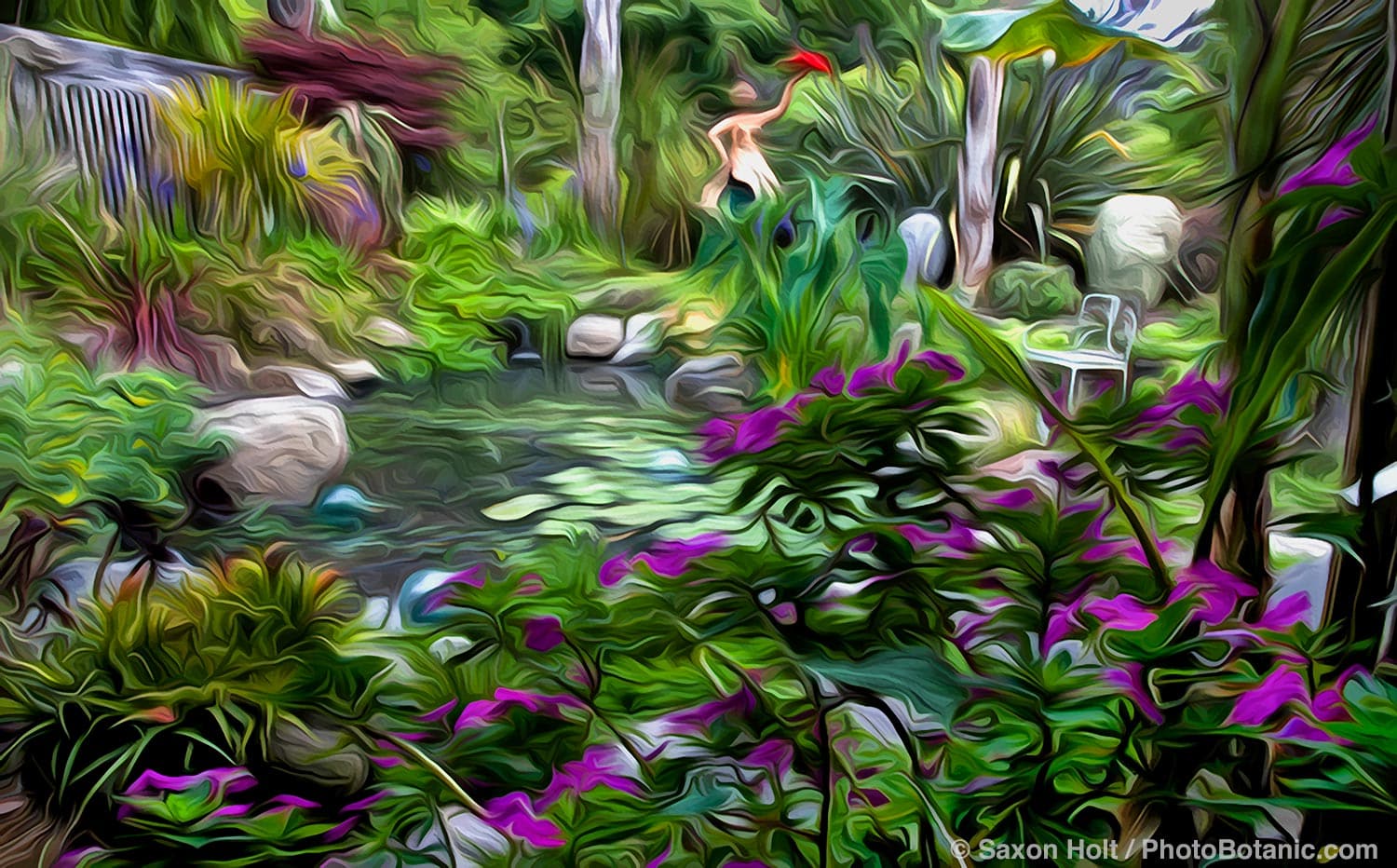 Here is  the progression of the filters I used to get the affect, using PhotoShops Oil Filter then Topaz Lab’s Simplify on that 1000 pixel width photo.

But now I need a file 4000 pixels wide for printing.  After a bit of experimenting it is actually surprisingly easy to interpolate the files up to that size and retain the affect.

Normally photographers are very careful about enlarging a file beyond its original pixel dimensions, which is why professional cameras have such large raw files.  Interpolating, or up-rezing a file, forces the software to create new pixels that were not in the original capture, often creating a blurred effect.

If the photo is not looked at very closely, like on a billboard, no-one can tell the file has been enlarged past its normal capacity, but in making print to hold in your hands I knew I couldn’t use the 1000 pixel width.  But in going up to 4000px and asking PhotoShop to add new pixels, I was starting with an illustration, where much of the fine detail had already been removed on purpose.  The only real problem was all the small jagged pixel edges that were not apparent in the interpolated file.

I was able to smooth those out with a blur layer, then sharpen the results with a Topaz Clean filter, add an adjustment layer for some extra pop, and voila.  All three images were treated the same way and I look forward to going back to other images I created for the blog that I can now put in the Fine Art America galleries, where small prints start at $30. 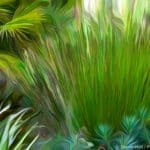 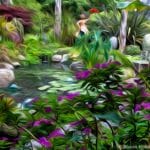 Ready for the Unexpected