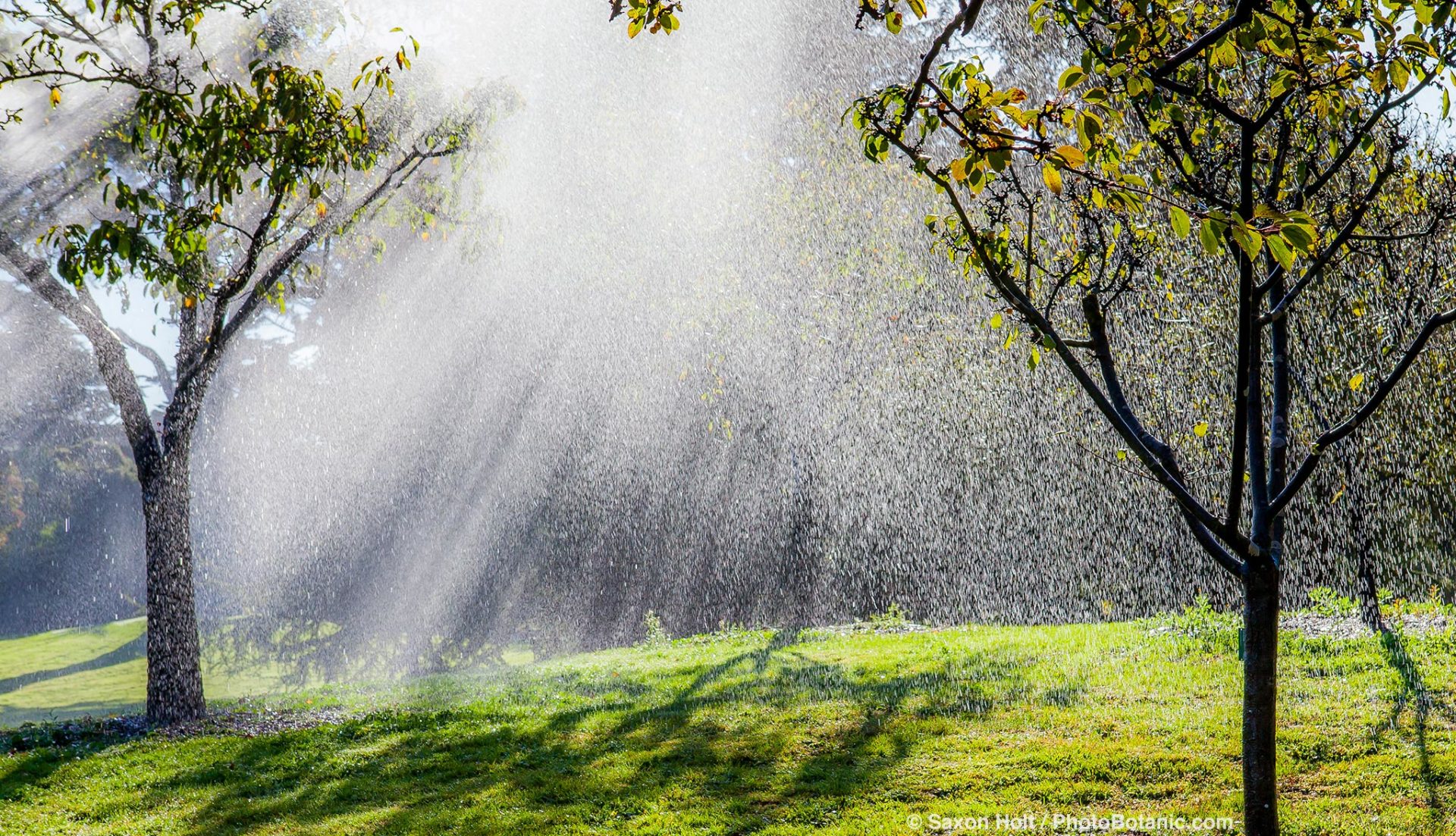 I came across an explosion of light during an early-morning photo shoot at San Francisco Botanical Garden. 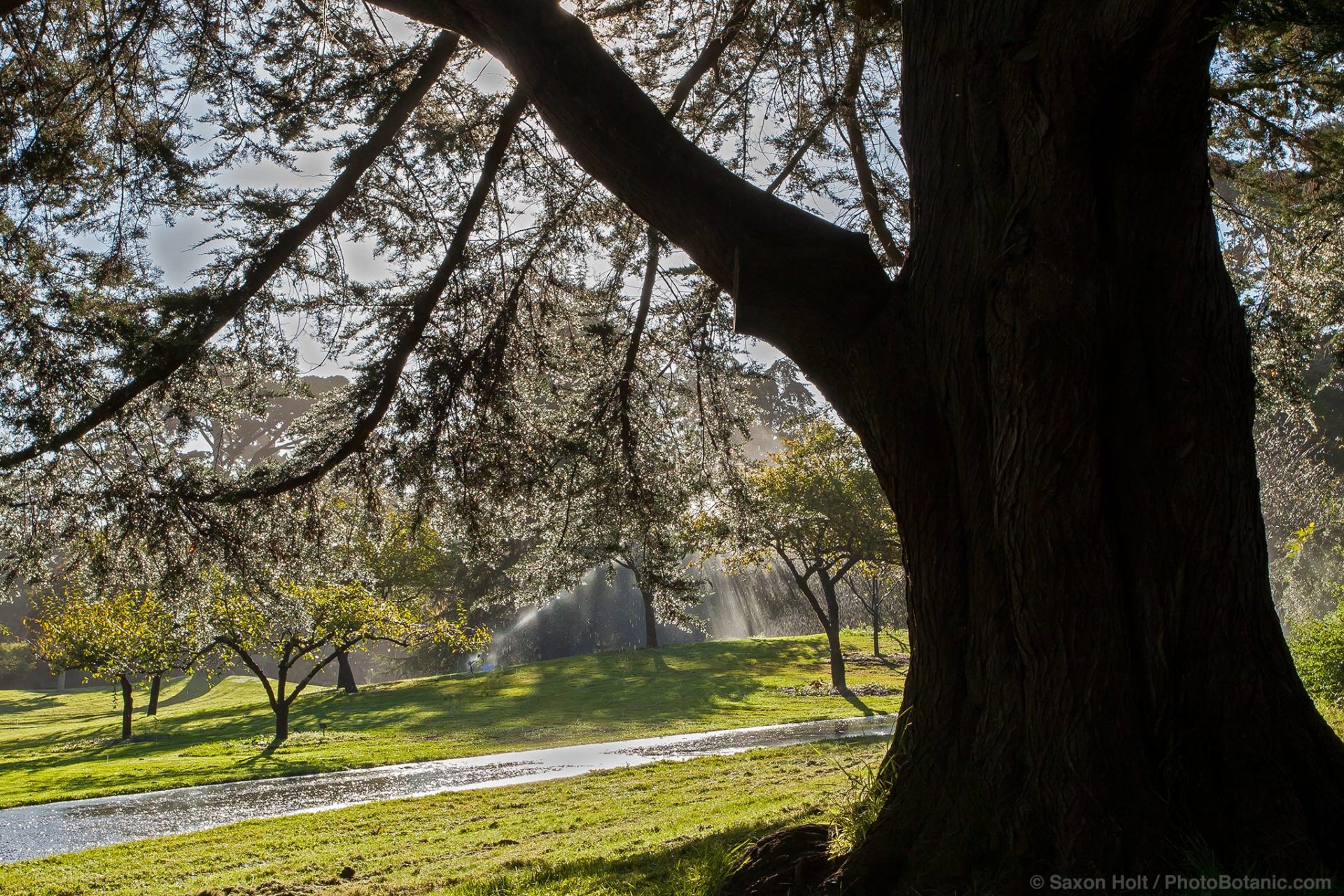 I love arriving at a garden before dawn and watching it wake up. I admit to hoping for some early fog so that the window of opportunity for photography can be stretched out, but on those clear bright mornings when the sun comes up fast, there are often special opportunities when the light streaks through trees, back lighting foliage, and dancing with the shadows.

I thought I had already lost my opportunities on this morning as I rounded the corner, coming out of the shade of the Mesoamerican Cloud Forest into the Great Meadow. Too bright for photos was my first thought – until the light exploded. 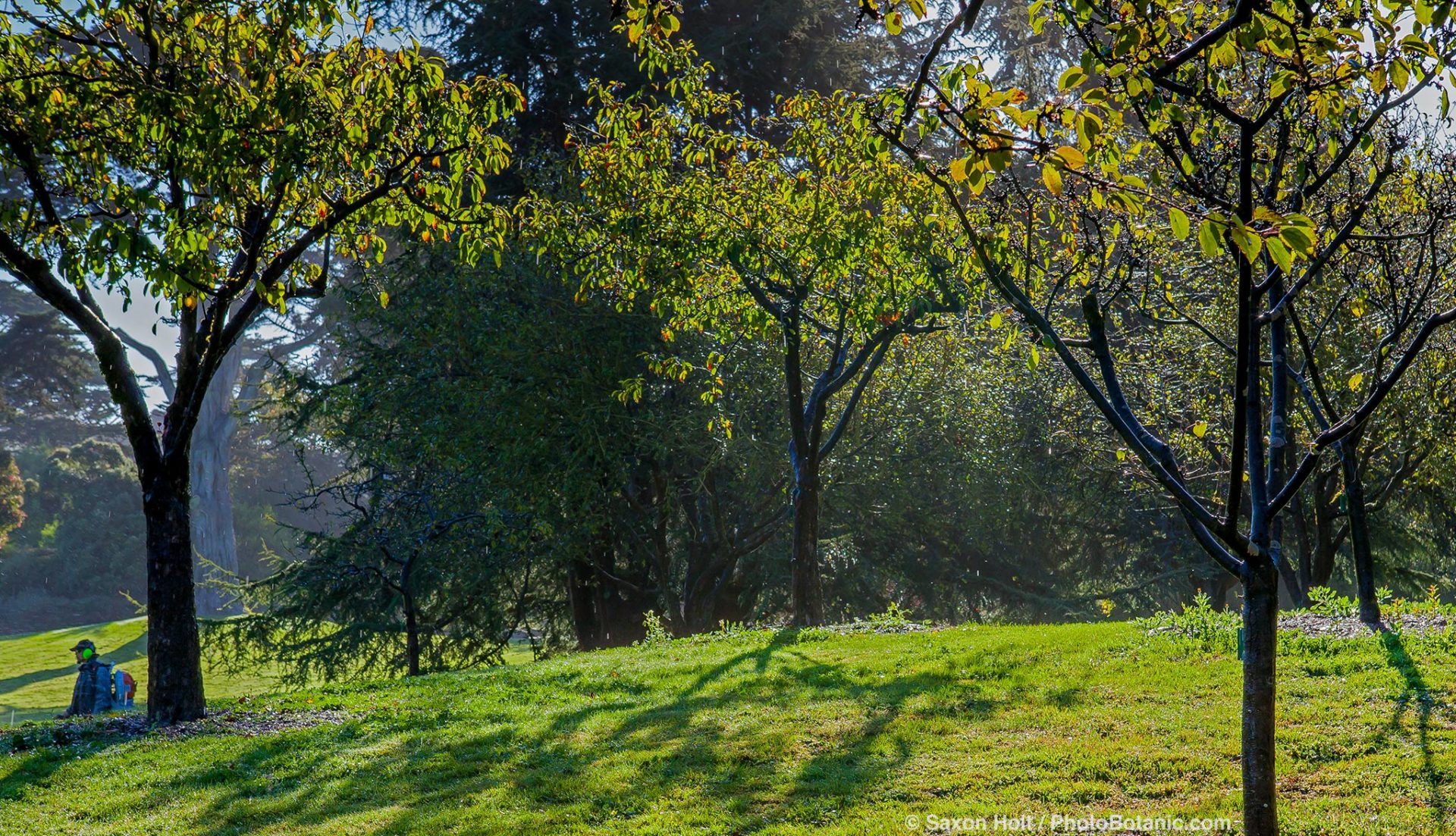 This explosion of light was created by the early sun behind the morning sprinklers.  What makes the light obvious is seeing it backlight the water against the dark background of the trees still in the shadow.

Notice the sprinkler in the distance in the very first photograph at the top of the page. The water is only really noticeable against a tree still in the shade. That became the background as I hurriedly moved closer, worrying that the sprinkler was soon to be turned off, and putting on a telephoto lens so that I did not have to get wet as the sprinkler rotated.

The before and after sequence is only possible because I used a tripod, the additional tip I can always give on every photo I take. In this case, it is not simply that the tripod offers stability and precise composition, but in these two photographs the only thing that’s different is the sprinkler head moved – and the gardener getting out of the way too.

The light was already there.

Blocking Shapes in a Photograph