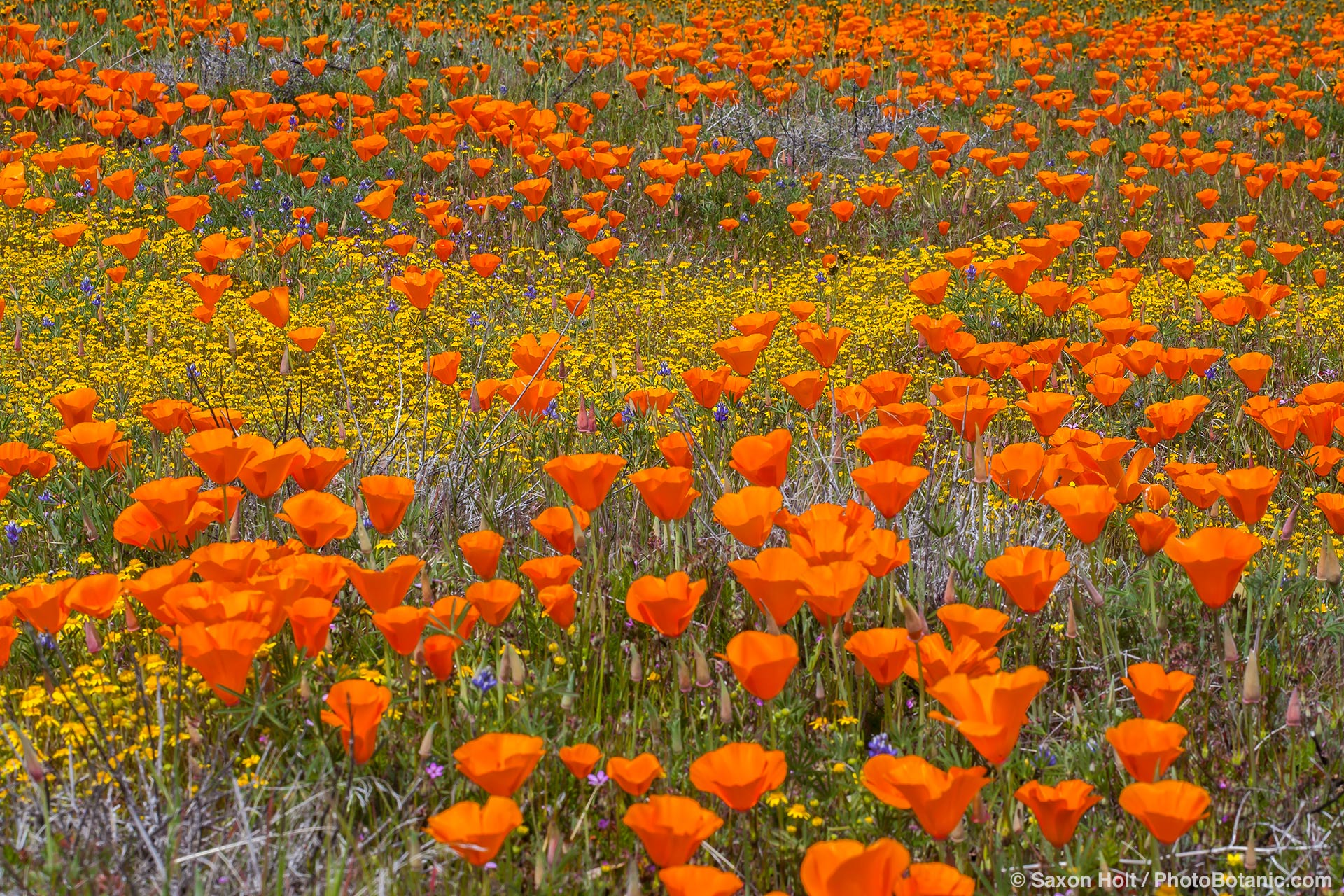 It’s a great year for California wildflowers and I finally was able to photograph Antelope Valley Poppy Preserve.

Antelope Valley California Poppy Reserve is a State Natural Reserve in Lancaster and part of the Mohave Desert grassland habitat in Southern California.  It is four square miles of wildflowers with plenty of wide trails that makes them easy to see without trampling.

I finally hit a good year.  In the past it has either been too windy or too few flowers.  This year I was a bit early for the peak but that allowed for some spacing between clusters.

I usually want early morning or late afternoon light but poppies only open fully during the middle of the day, the worst light for landscape photography.  I got lucky with high overcast.  The poppies glowed.

There are plenty of other wildflowers in the Preserve, and again, because I was bit early for the peak carpeting of orange, nestled among the poppies I found Goldfields, Fiddlenecks, Lupines, and Phlox.

And every so often just so that nature can show a bit of diversity I found yellow poppies.

It’s  great year to visit and the bloom will be going on into late April.  Here are a few just waiting to pop.

Hooray for the good winter rains.