Distinctly Western Names- the Occident
Next 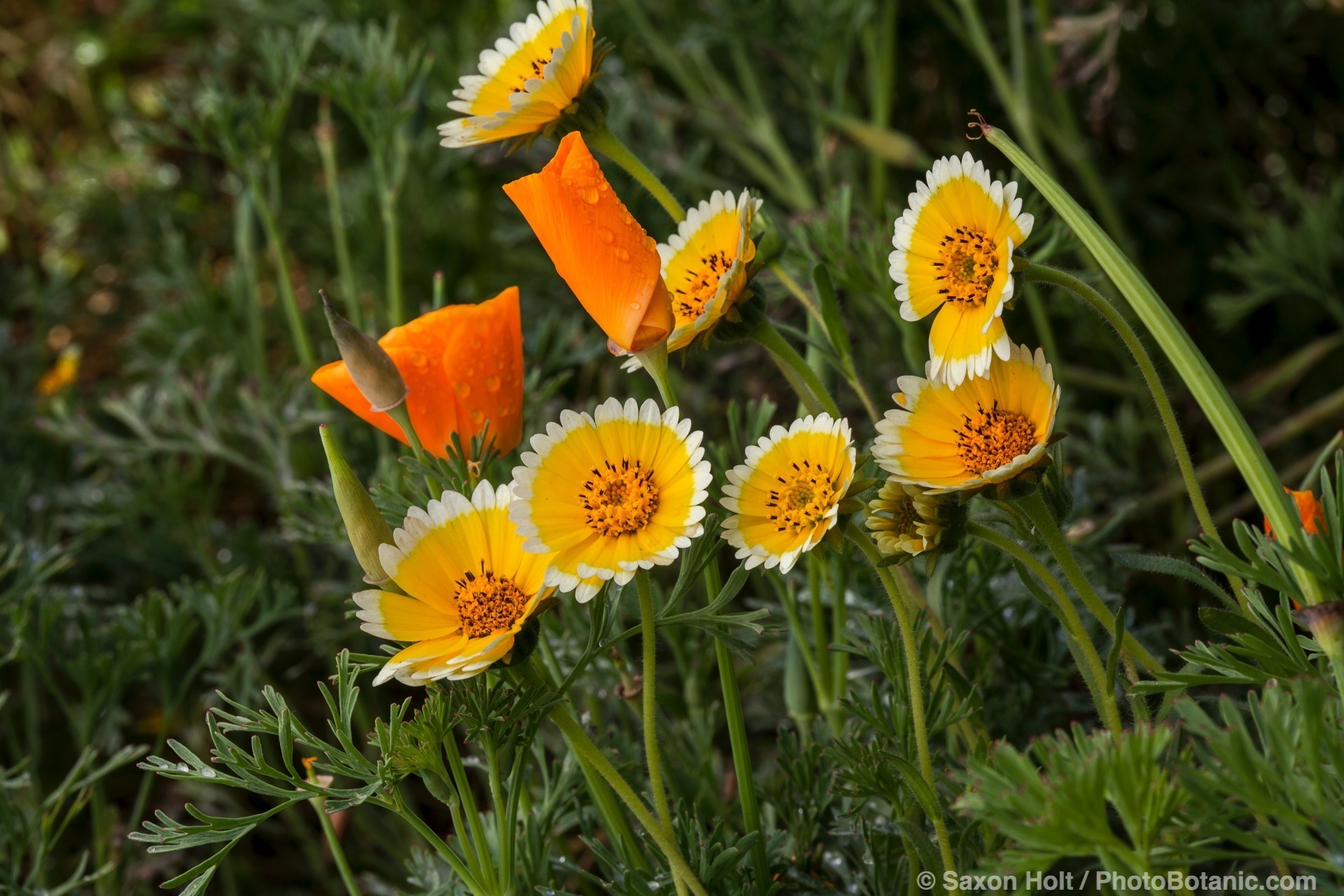 Sometimes the best composition comes from cropping a photo that has too much wasted space. Recently I photographed the pollinator garden at the Los Angeles Museum of Natural History which was full of California native wildflowers and found this sweet combination of Tidy Tips and Poppies.

But as is so often the case when we are smitten by a scene with flowers, we only see the flowers and not the empty space surrounding it. A good composition comes from filling the frame, and this photo is wanting.

Actually I knew when I took the photo that there was too much extra space, but I purposefully shot it loose so that I could have good focus.  If I were to move tighter with the camera, it would have been too windy to use a slow shutter speed needed to get focus throughout the depth of field focus.

I knew that once I got the photo into the computer, I could crop in order make the poppy more prominent.  I had assumed I would make a horizontal photo, but when I got into working it, the poppy stems became more prominent and it became a vertical. 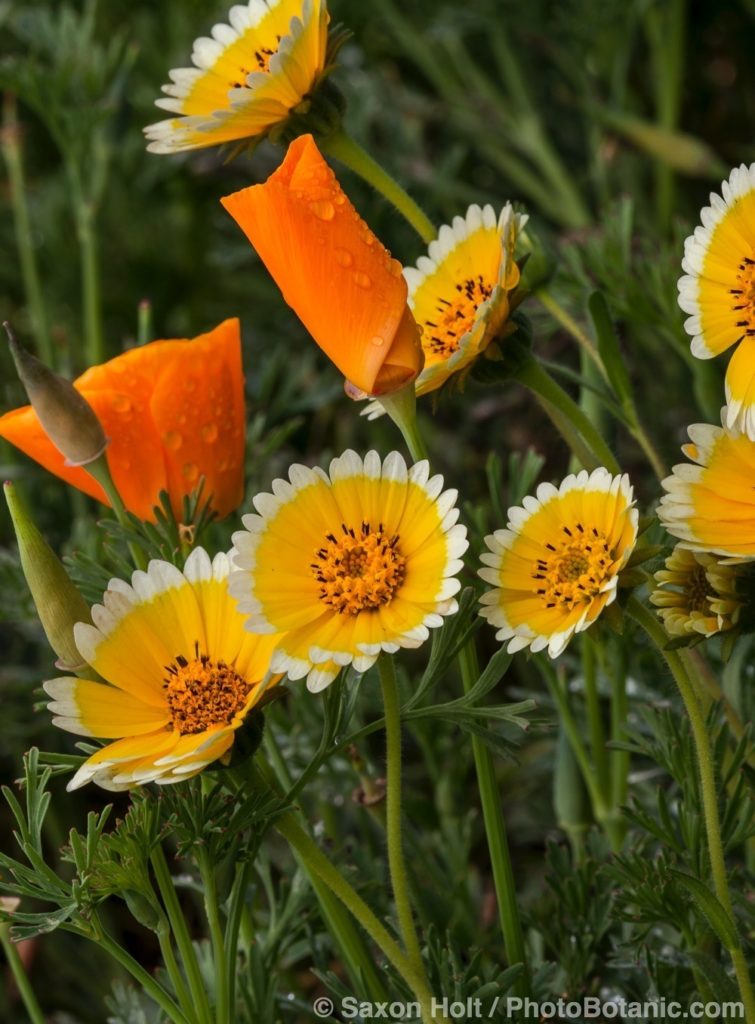 With the poppy crop, it became a photo with a new story.