Photos for Western Hills Garden
Next

I do not know the origin, nor can explain my fascination with grasslands.

Perhaps it is some sort of primeval pull of human origin, in the savannas of Africa when humanoids left the jungle to hunt in open range lands.  For me, as a gardener, I think what pulled the primates out of the trees was the need to touch the earth, to connect with the dirt. 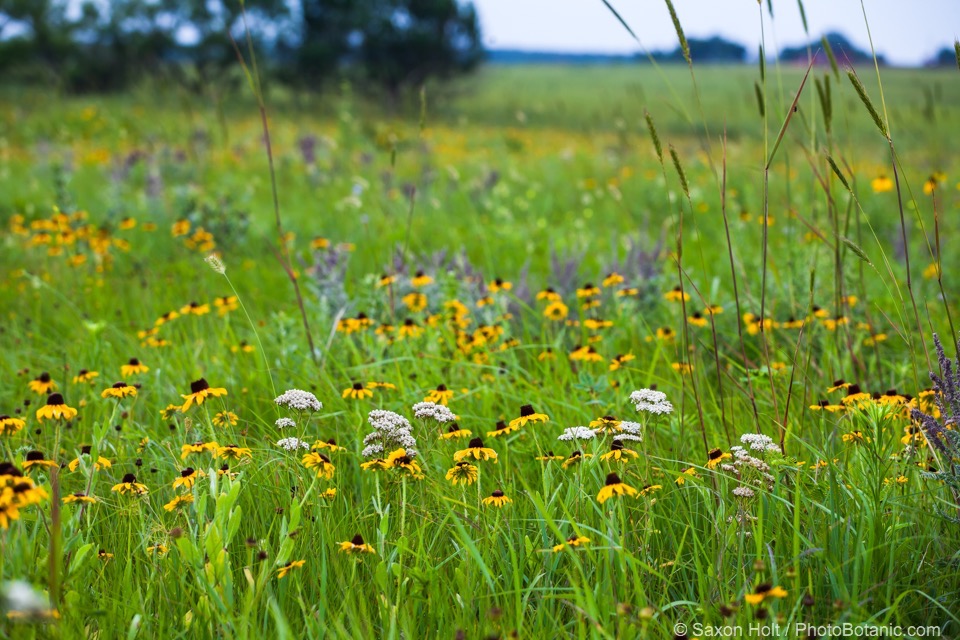 As we learn more about the incredible importance of healthy soils, of the unfathomably complex rhizosphere of micro organisms and fungi inhabiting the skin of the earth, perhaps it is no surprise that our very species developed in connection to soil.

Agriculture developed in grasslands, pulling life and sustenance from the soil, and indeed, our interactions with the beneficial bacteria and mycorrhiza fungus in the soil may very well explain what Jennifer Jewell calls, in her marvelous podcasts Cultivating Place, “the human impulse to garden”.

Sadly, the human impulse to reproduce is stronger than to garden.  We have over-populated the planet and just about destroyed soils with destructive farming practices, to the point the earth can no longer sequester enough carbon to help prevent climate change.

It is in these rich Prairie ecosystems we are learning ways to appreciate soils and give us some small hope to restore balance to nature, long ravaged by humans. Grasses rooted up to 14 feet anchor the earth, cycle nutrients, breath out oxygen, and show us the earth itself is alive. 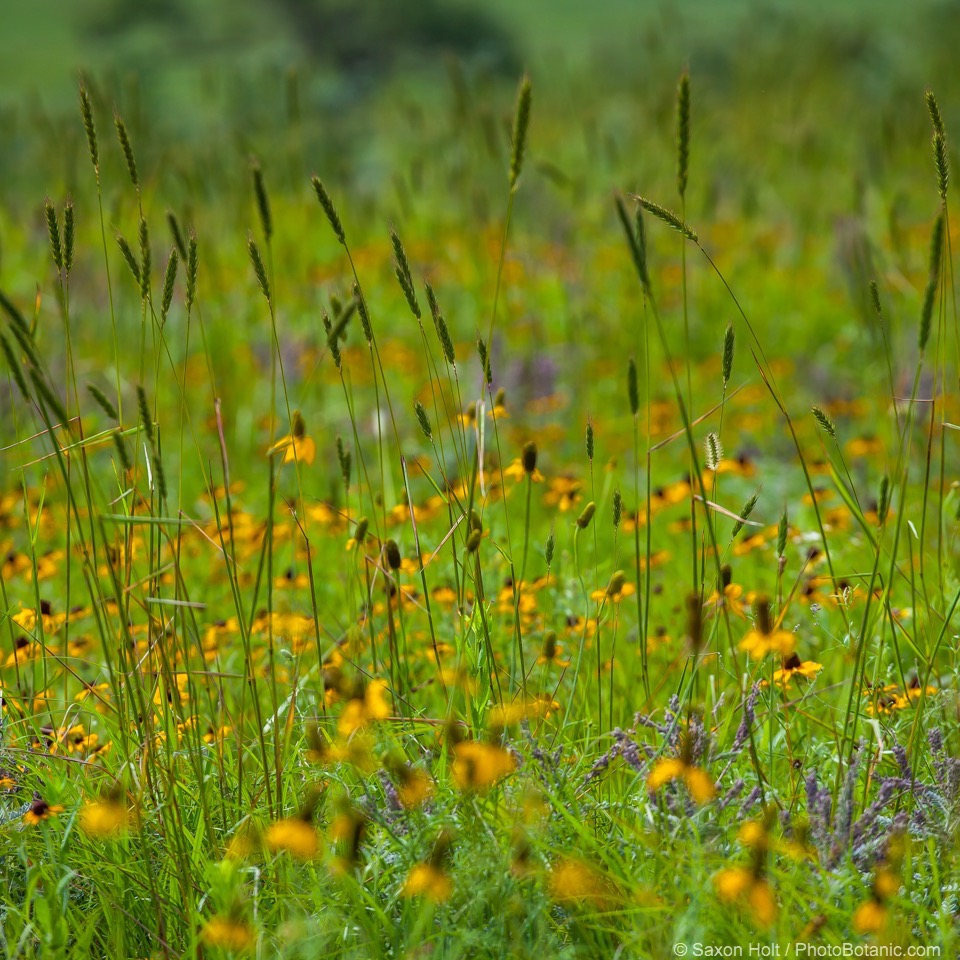 Gardeners intuitively understand this connection of soil and life.  Perhaps we can help spread the word.  Plus, grasses are beautiful in their own right – I wanted to come see these grasslands for myself.

My very first successes as a nature photographer were documenting serpentine grasses in the Ring Mountain Nature Conservancy preserve in California. I have done two garden books featuring grasses, one on ornamental Grasses for the garden with Nancy Ondra, and the American Meadow Garden with John Greenlee.

So what better place to go deeper into grasses than the vast ecosystem of the Midwest prairies in early summer ? I know the grasses here are dominated by warm season grasses that showcase their beauty in the late summer and autumn but the garden photographer in me knows flowers are a big selling point. Not everyone sees grasses as amber waves of light catchers. 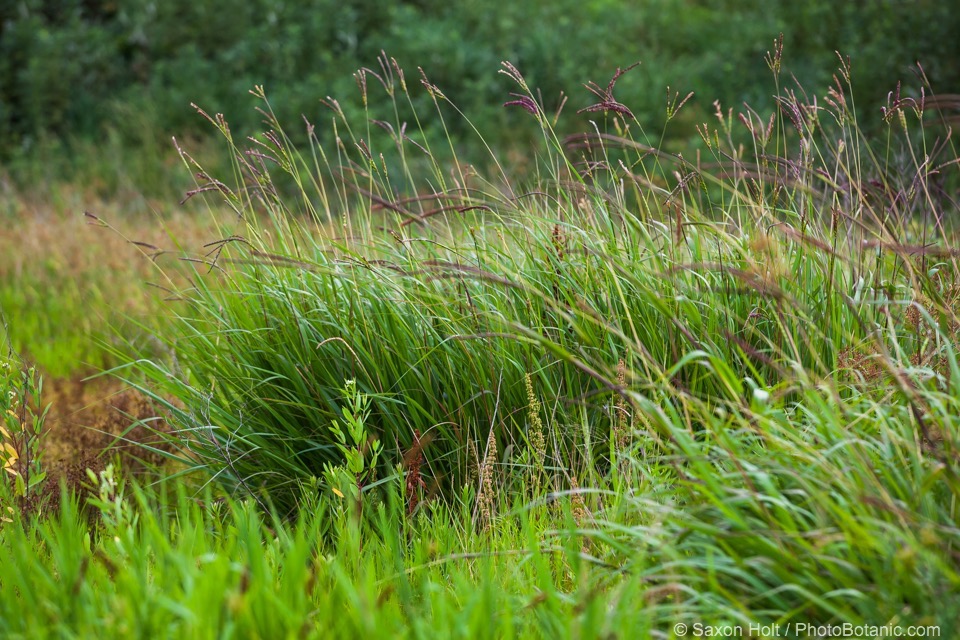 There are very few native prairies left and The Tallgrass Prairie Preserve here in Osage County Oklahoma is a Nature Conservancy project to restore the 29,00 acre Barnard Ranch, purchased in 1989.  Yet even a relatively small preserve amidst the thousands of square miles of farmland gives a sense of the potential these lands have to heal themselves. 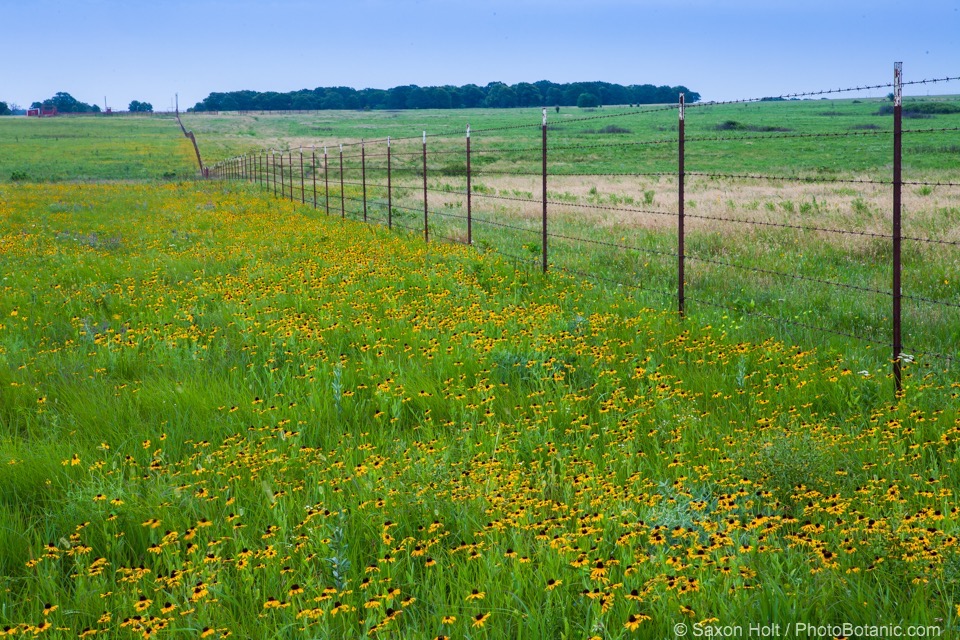 Here the farmlands roll on beyond the preserves so it is easy to imagine a time before humans, Dust Bowls, and agribusiness. 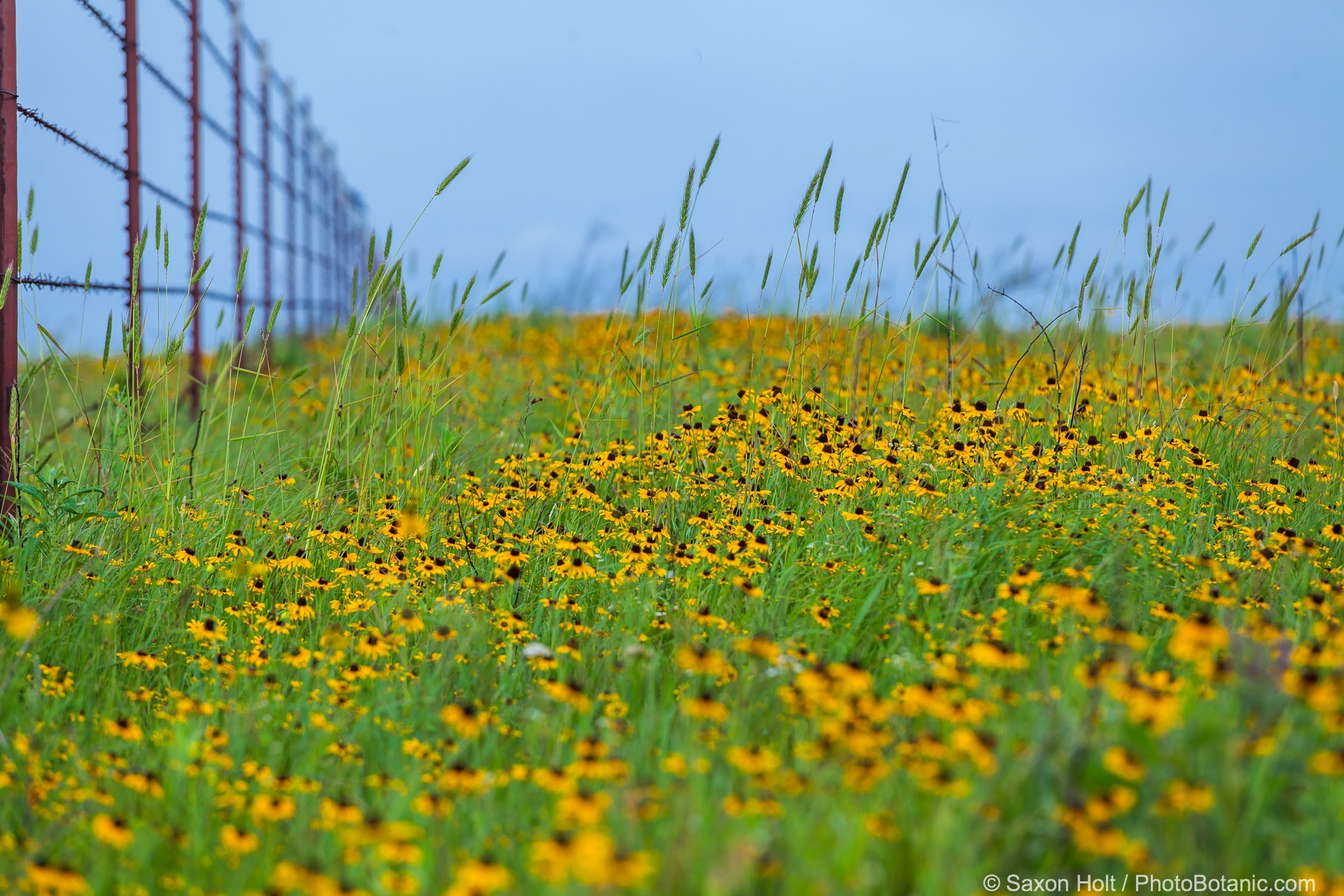 The wonderful irony of farms and range lands once ruining the soil, is now their potential for leading the recovery.  Gardeners may debate their role in a post wild world but agriculture grinds on without philosophical debate, needing sustainable practices for sustainable income.  Big Ag is beginning to understand its role in sustaining a healthy planet.  Farmers certainly don’t want to destroy the earth, and research in recent decades has led to great advances in sustainable practices and soil science.

On my way to the Tallgrass Prairie Preserve I stopped on a dirt road that turned out to be the Miller Ranch, which I only realized when Austin Miller stopped by, with his son bouncing around on the front seat of his pickup truck as he headed out to tend to some cows.

He was wondering what I was up to, seeing my tripod spreadeagled through last season’s ruddy stalks of the Big Bluestem Grass, (Andropogon gerardii) while photographing Horsemint (Monarda citriodora). 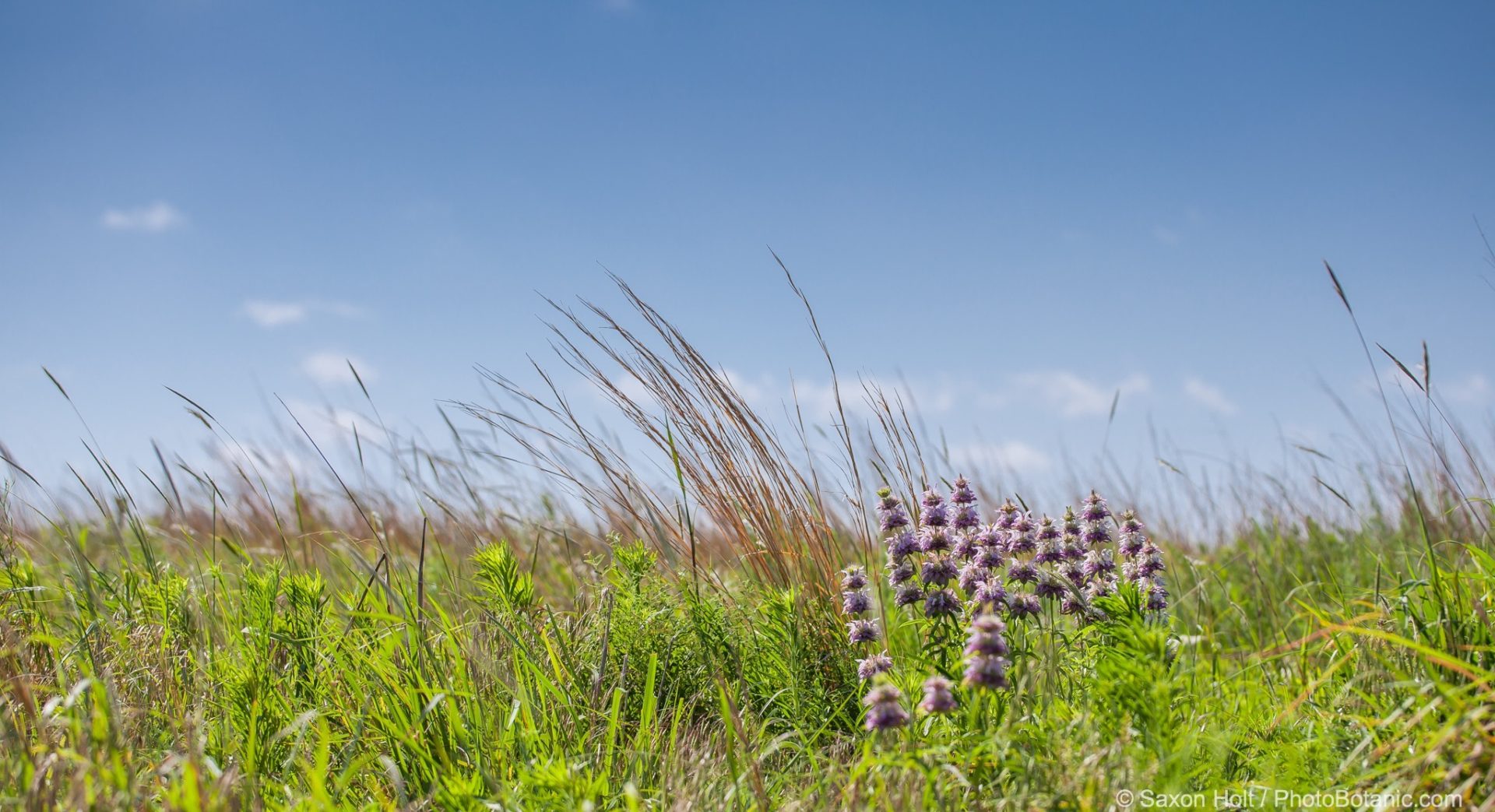 I suppose my joy at being there was infectious and allowed him to notice the wildflowers and then go on to explain his burning practices and how many head of cattle he could sustain on this range land – aka prairie. 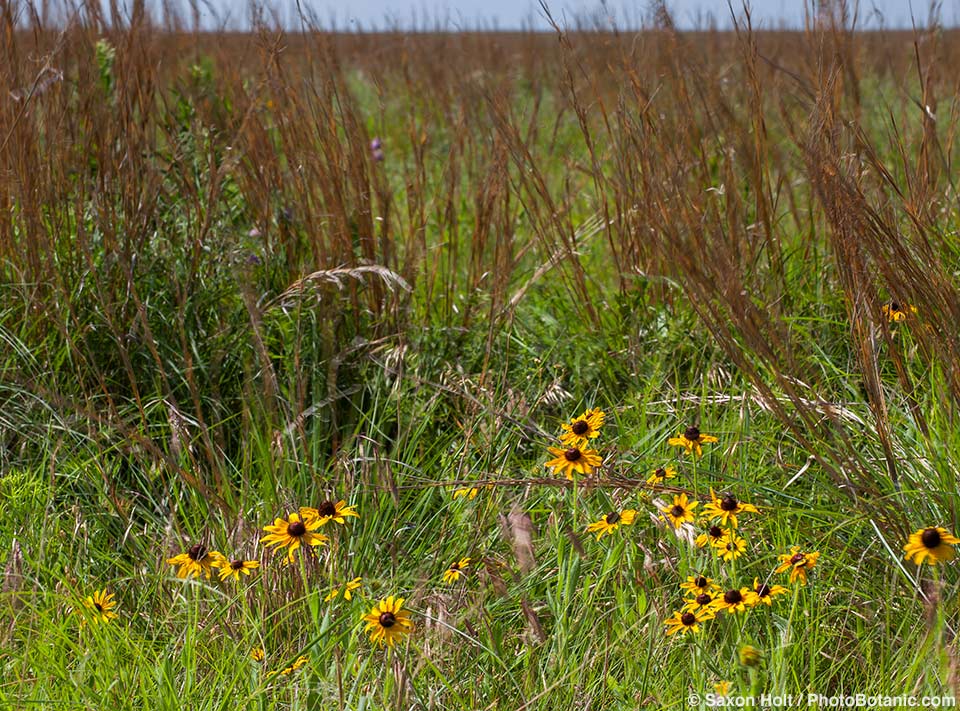 Ranchers have become land managers and understand the natural health of the grasslands has evolved with careful grazing and without input of fertilizers or pesticides.  Richard King, a rancher in California and Board member of the California Native Grasslands Association, has said that if we could wave a magic wand across the earth and restore the soils to their natural vitality we could sequester all the excess carbon in the atmosphere in 10 years.

We have a a lot of work to do to get to that point, but simply understanding soil gives us hope. What we have learned about the Rhizosphere in just the past 15 years has led to rethinking the Tree of Life and evolution itself, as found in the Kingdoms of microbes living underneath our feet, wonderfully chronicled in the book The Hidden Half of Nature by David Montgomery and Anne Bicklé. 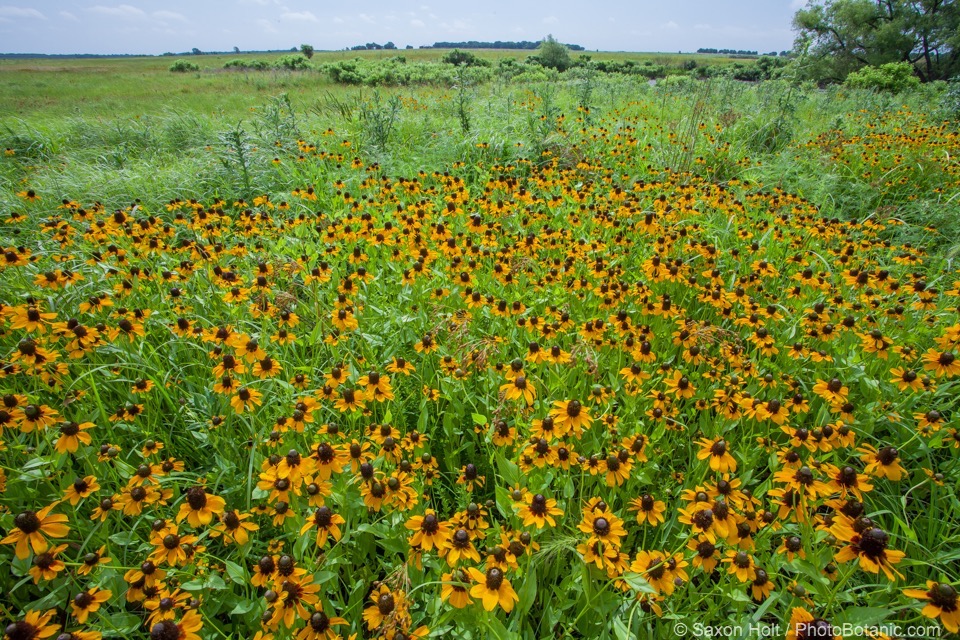 If deep rooted grasslands can sequester as much carbon as a rainforest, and healthy soils can heal the earth, I need to know more. It is no wonder prairies excite my curiosity; not only do they have this inexplicable tug at my heartstrings, they can help explain the importance of dirt.

As a gardener, I love the idea of justifying getting dirty. As a photojournalist I need no more excuse than a story that could save the earth. And, they are just plain beautiful. 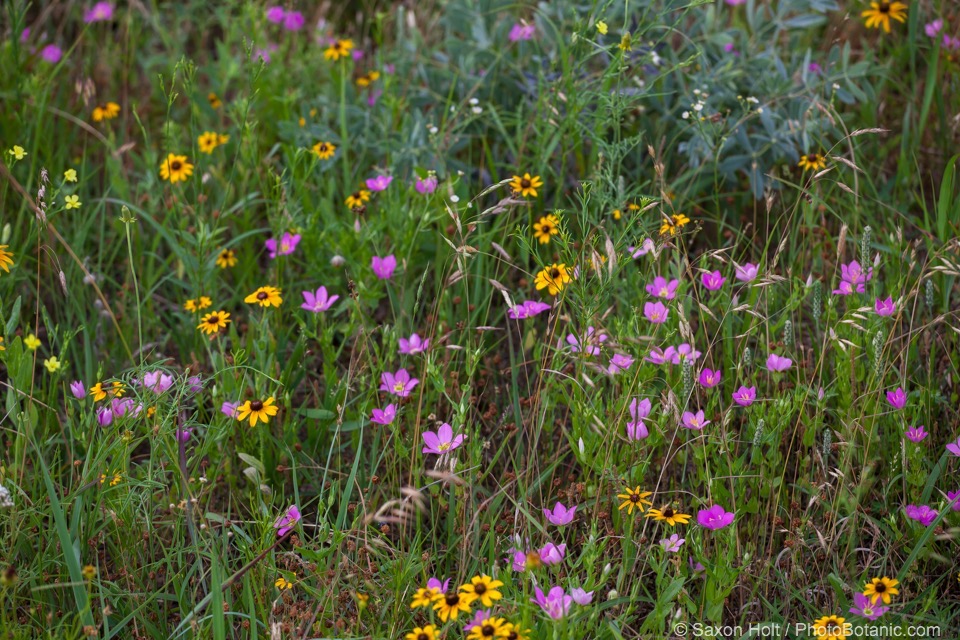 Grasses ? Gardening? Prairies and meadows ? Vast open spaces and big sky ? Freedom to  let the mind roam with the Spirit that infuses all of this? I will be back. 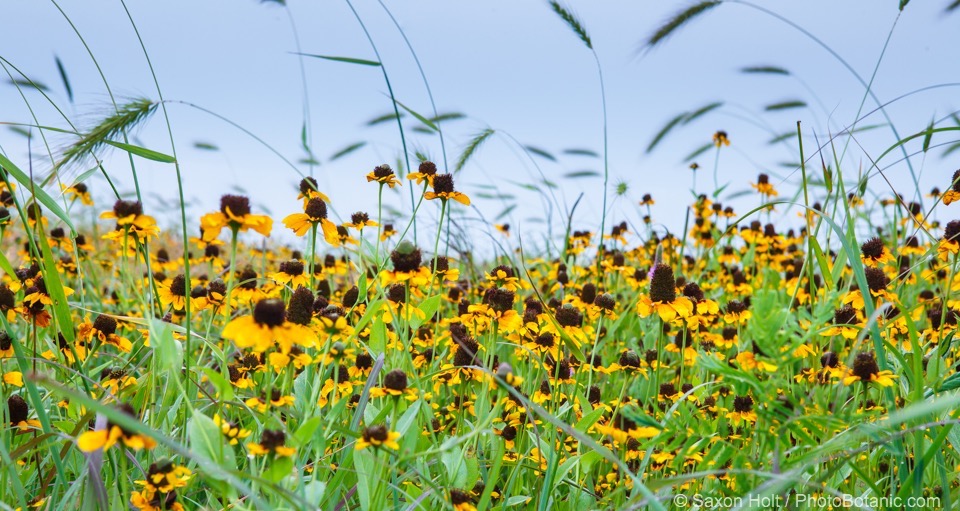