Whoopee, We’re All Gonna – Have Some Fun

Soils Will Save Us
Whoopee, We’re All Gonna – Have Some Fun

The San Francisco Conservatory of Flowers is doing its part to celebrate the 50th anniversary of the Summer of Love. 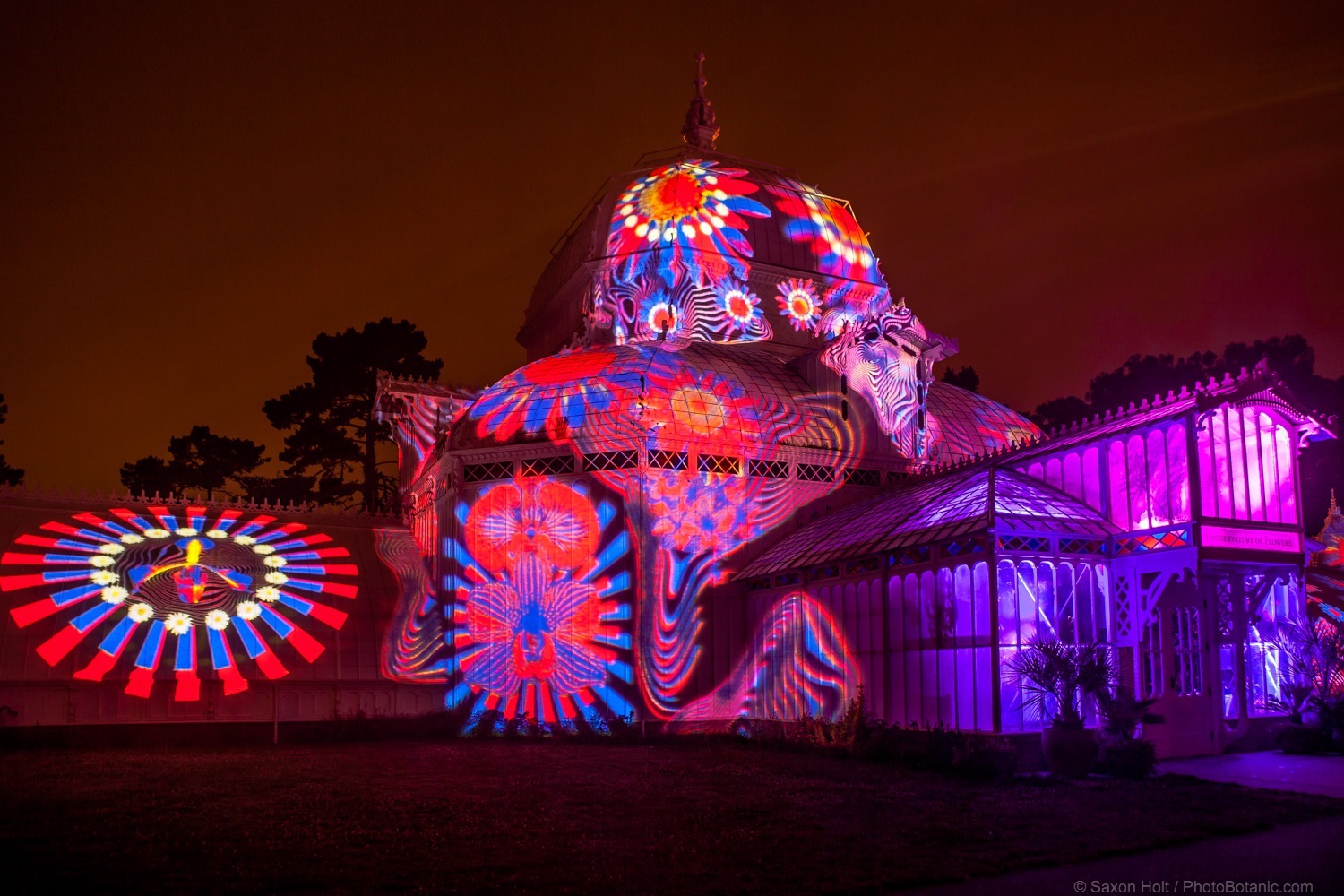 The iconic Victorian glasshouse is being lit up all summer by a light show, every evening from sundown to midnight.  Created by Illuminate, the nonprofit arts group behind the famed Bay Lights, and Obscura Digital, a world-renowned creative studio specializing in large scale light-based art.

I confess, as a member of the Advisory Council of the Conservatory, I was leery of any sort of tacky light show that would use the historic building for some sort of Golden Gate Park tourist promotion. My fears were totally off-base, it is fantastic and truly artistic.

The light show projects across the building in a series of evolving floral and psychedelic motifs.

It runs silently for about 15 minutes before restarting, but it is not always quiet as some evenings the Conservatory Valley has become a impromptu musical mash up among the flowerbeds when partiers bring their boomboxes.

The real party was June 21, the summer solstice, when San Francisco Park and Recreation threw a party for the initial illumination. 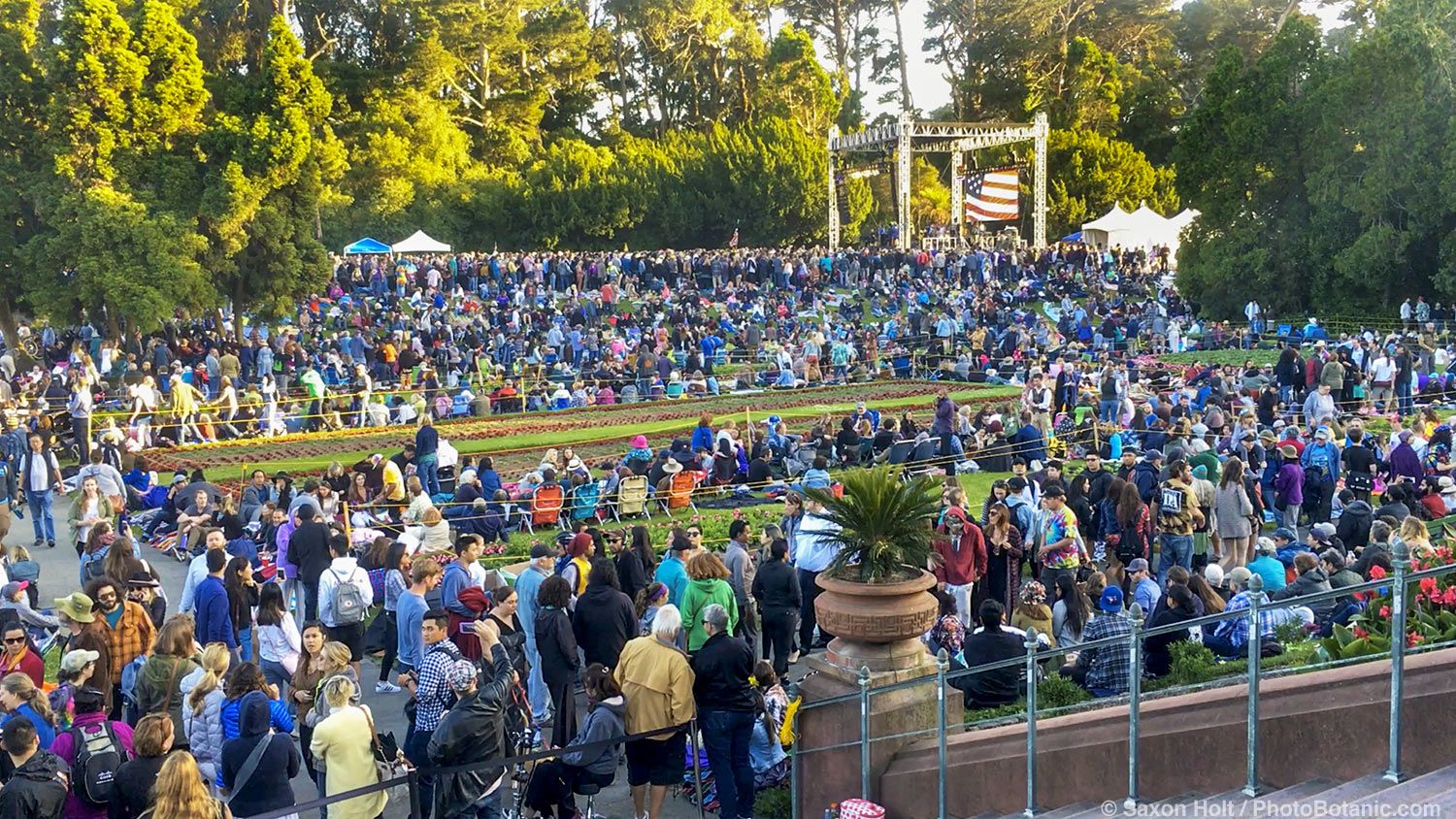 The party included a free concert in Golden Gate Park with many musicians from the 60s, which included a crowd favorite, antiwar anthem “Feel Like I am Fixin’ to Die Rag” made famous by Country Joe and the Fish. “Whoopee we’re all going to die.” (15 second clip)

Not this summer, not in Golden Gate Park, we’re gonna have some fun. The light show runs until Oct 21. 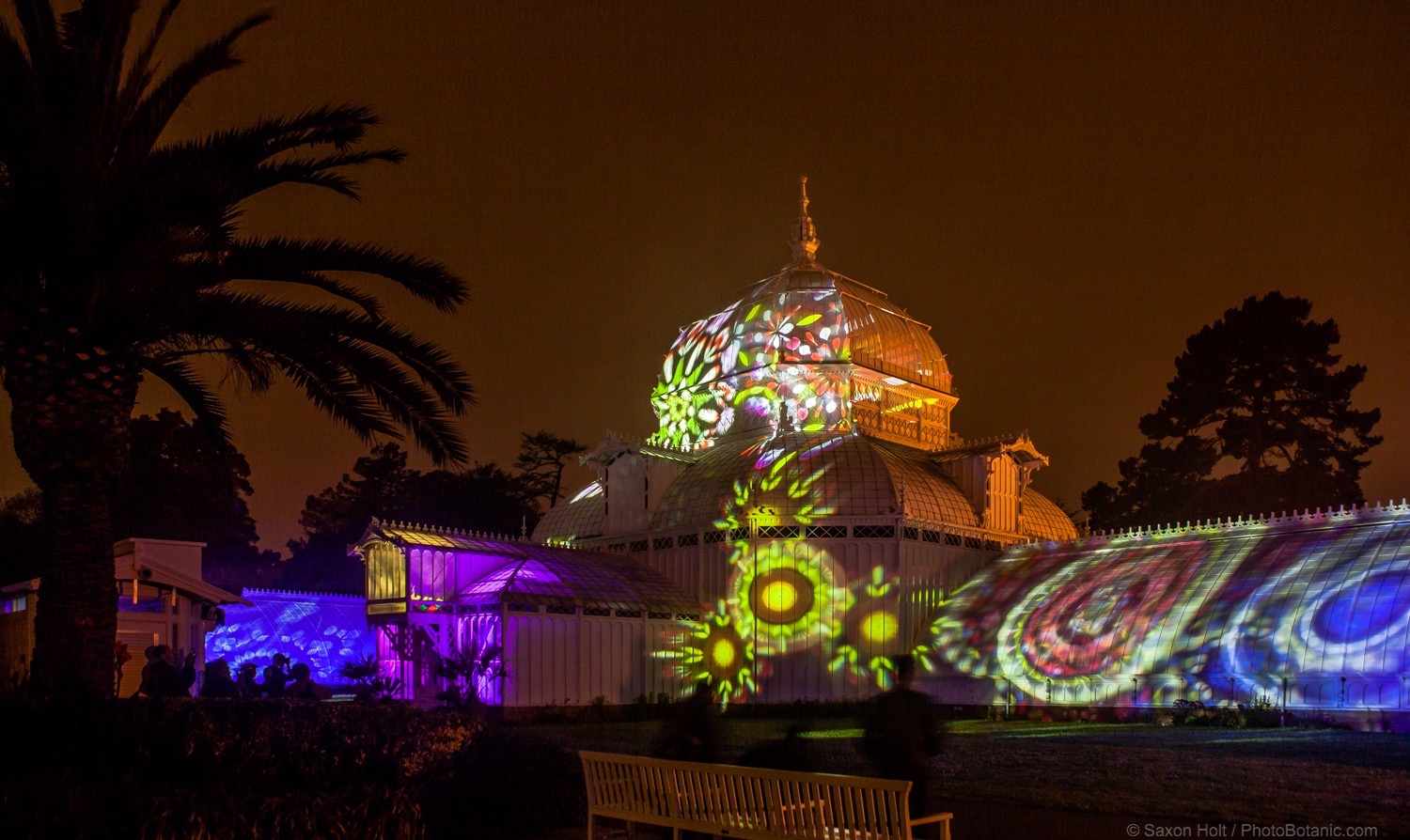 And by the way, if you visit the Conservatory during the daytime, the tropical galleries are always a refuge, orchids are always blooming, and the popular Butterflies and Blooms exhibit has been extended until January 2018.